I sadly released our Silver Angel into the Violet Sky. Tonight was the first time I have been able to see the ✨stars ✨
as I looked into the smokey night sky, one star seems to shine brightly. I had read something about when you
lose a loved one and finding a star ... ✨ Oh how it hurt gazing at that star thinking of Shiraz the Matriarch of my Poodle Pack and
​ how I miss her regal presence ... I know it will take time for the pain of her loss to soften.

Shiraz was my first homebred of Violet Standard Poodles.
A week ago we celebrated her 16th Birthday!
​Sweet dreams my Queen 💔 sweet dreams ...💔 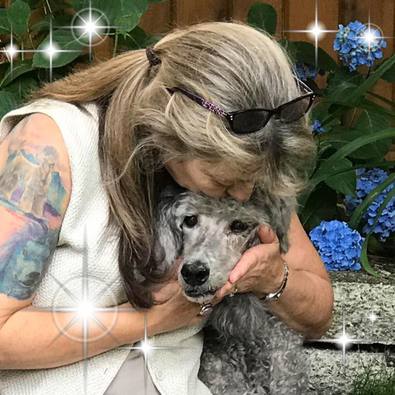 ♥Scroll below for Senior Dog Links♥ 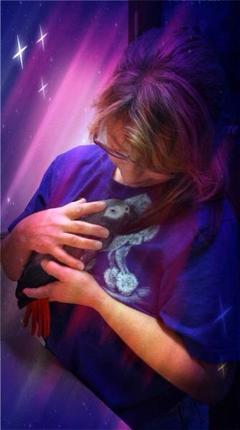 It is with great sadness that I write this for I released my Congo African Greys (parrot)
gentle soul and spirit to fly free today. Lukku had been with me for 22 years!!
The end of our avian era of at least 24-25 years which included being a big part of my daughters childhood, our many friends and family members with those special ones now gone, extending their arms out to receive my special feathered friend Lukku.
My dear horse friend Patricia and I spent some hours up at Simon Fraser University Library researching the Congo area of Africa, different tribes and dialects trying to find a unique name for her. Jasmine was a common name so I settled on Ika Lukku which meant Reddened Hen with Lukku
for short as she had a red tail and was DNA sexed to be a hen!
Through the years many phone conversations would end up in competition with who could get a word in edge wise which ended up with me sometimes moving to another room or us in historical laughter. Many family members and friends would test her wisdom or should I say their abilities to have her mimic their ideas of what she would say!
My mom would relish in teaching her "gulp gulp hmmm good coffee"!
My father spoke conversations with her starting with "Hi Lukku" which we would hear many times in his voice even after his passing. Lukku would call one of our first Zebra Finches Beeps in a tiny voice many years later like 15 or so years. I even had to say ''bucket, wheres the bucket" after a certain nephew was caught teaching her something else!! Just you wait till you have children darling ;) LOL She would tell my husband as he was going out the door, "Bye take care",
or repeat his conversations in his voice. Lukku had my laugh down when I had to stop and
​ think is that what I really sound like ugh!!
​Not only will I miss Lukku but along with her wonderful reminders of the different canines and felines of past
when she would call their name out of the blue ... she had the uncanny ability to sometimes correct herself upon when I was putting away one of the dogs to their names or sex! Example was good boy GOOD GIRL!!!  Or give the correct name.
She could tell the same coloured dogs apart which sometimes I had to take a double look LOL.
I could go on and on about how Lukku will be missed and the special eye lash preening she gave me (of course without mascara).
Just last month we laid to rest the last of my Lovebirds that was 17 years old. This is the end of Violet Garden Aviary that will only live on in my fondest memories now. As I held Lukku for the Vet today whom I thank for doing all she could for her, we released her.
​ I found myself telling her that she could see Grandpa now .... I love you.
Spread your wings my sweet gentle soul up to the highest of heavens. I and many others will miss you. 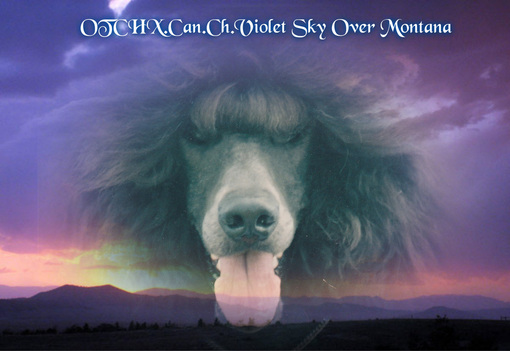 To view more visit his page
Montana
​
​Dearly missed by all his family and friends!
♥
Rest In Peace My Dear Dad.
A true Gentleman and kind man!  I love and miss you!!
♥      ♥      ♥
Ted (Edward) Scollon was born in Plenty, Saskatchewan on January 11th, 1924 and passed away on October 28th, 2012.
Survived by many loving family members and friends.
​A Celebration of Life to be held in The Chapel of Forest Lawn Funeral Home on Saturday, Nov. 3rd at
1:30 pm with tea following.
In lieu of flowers, donations to Heart & Stroke Foundation and/or Veterans Foundation would be greatly appreciated.

Our Dad was one of many brave men and women that fought for our Freedom!!!  Thank you Dad!!!
World War II
Battle of Normandy 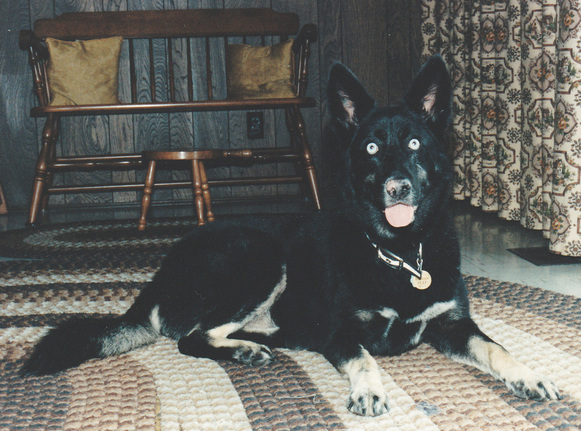 ♥ Akelia my dear sweet S.P.C.A. Special ♥
* SAINTS - Senior Animals In Need Today Society
An interesting video to watch on older dogs!!!
* The Oldest Dogs As Our Greatest Teachers: Get The Words Out Of Your Eyes: David Waters at TEDxPurdueU
* Canine Cognitive Dysfunction Syndrome much more manageable when caught early By Monique Balas | For The Oregonian/OregonLive ​
*Dementia in Senior Dogs: 6 Ways to Deal With the Effects
♥ ​♥ ♥  ​
♥   A Special Poem - Author Unknown  ♥
A man and his dog were walking along a road.
The man was enjoying the scenery, when it suddenly occurred to him that he was dead.

He remembered dying, and that the dog walking beside him had been dead for years. He wondered where the road
was leading them.

After a while, they came to a high, white stone wall along one side of the road. It looked like fine marble..

At the top of a long hill, it was broken by a tall arch that glowed in the sunlight.

When he was standing before it, he saw a magnificent gate in the arch that looked like mother-of-pearl, and the street that led to the gate looked like pure gold.

He and the dog walked toward the gate, and as he got closer, he saw a man at a desk to one side.

When he was close enough, he called out, 'Excuse me, where are we?'
'This is Heaven, sir,' the man answered.

'Wow! Would you happen to have some water?' the man asked.
'Of course, sir. Come right in, and I'll have some ice water brought right up.'

The man gestured, and the gate began to open.  'Can my friend,' gesturing toward his dog, 'come in, too?' the traveler asked.
'I'm sorry, sir, but we don't accept pets.'

The man thought a moment and then turned back toward the road and continued the way he had been going with his dog.

After another long walk, and at the top of another long hill, he came to a dirt road leading through a farm gate that looked as if it had never been closed.
There was no fence.

As he approached the gate, he saw a man inside, leaning against a tree and reading a book....

'How about my friend here?' the traveler gestured to the dog.
'There should be a bowl by the pump,' said the man.

They went through the gate, and sure enough, there was an old-fashioned hand pump with a bowl beside it.

The traveler filled  the water bowl and took a long drink himself, then he gave some to the dog.

When they were full, he and the dog walked back toward the man who was standing by the tree.

'What do you call this place?' the  traveler asked.

'This is Heaven,' he answered.

'Well, that's confusing,' the traveler said.
'The man down the road said  that was Heaven, too.'

'Oh, you mean the place with the gold street and pearly gates? Nope. That's hell.'

'Doesn't it make you mad for them to use your name like that?'

'No, we're just happy that they screen out the folks who would leave their
best friends behind.'