Sunday June 25, 2006
Today Daisy took Winners Female and Best Puppy in Breed giving her one point for her first point towards her Canadian Championship Title.
Thank you Judge Nancy Popovich from Westbank, B.C. 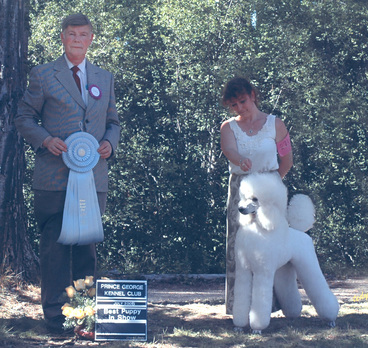 A huge thank you to
Judge Leslie Rogers for this exquisite win for us!

Comments:
A Stunner!!
He could not deny her this win as she was asking for it!! 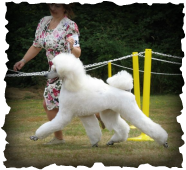 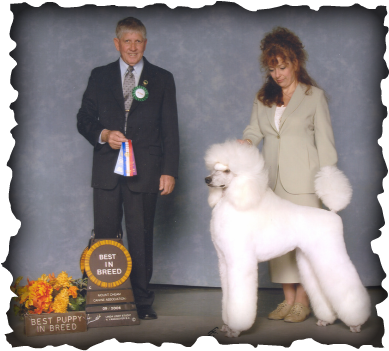 
Daisy places Winners Female, Best of Winners, Best in Breed with a Best Puppy in Breed for a 2 point win.

Shown by myself as Breeder, Owner, Handler and Groomer
under Judge Lancelot Heilmann from Australia. This now puts her onto 3 points. 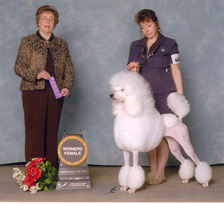 
January 28, 2007
Daisy goes Winners Female for 2 points and Best of Winners over the males
for 1 extra point with a nice 3 pt win totaling now on 8 points towards her Canadian Championship.
Thank you to Judge Richard Meen. 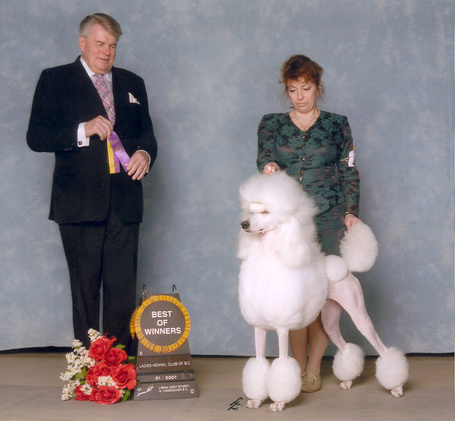 Daisy relaxing on the grooming table at a Show 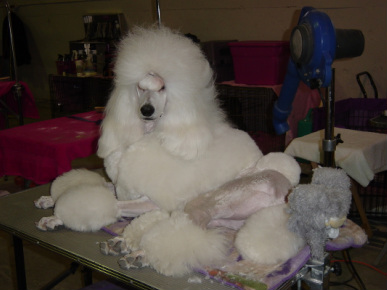 Our show dogs or should I say our Standard Poodles love being groomed as it is all about them!  They love the time of bonding with their "person" or really I think I should be saying here "slave"!!!  LOL  They then love being shown off and having their "person" making a fuss over them.  Then along comes the judge who also goes all over them making more of a fuss (sometimes). 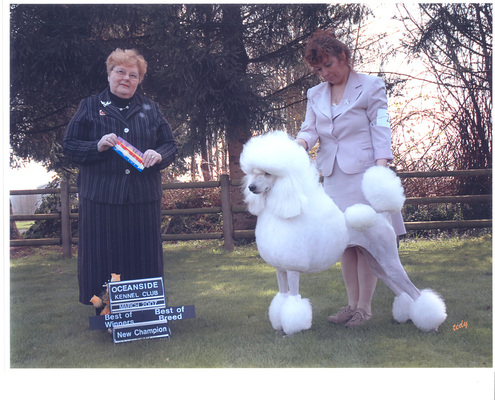 She lives on the Ocean with her family and is spayed as I have her silver sister Sparkle to continue on with my line.  I just could not take Daisy away again from her family for a future litter.
P.S........as a side note for the border around Daisy on the left photo....I know they are Sunflowers and not Daisies  ;)