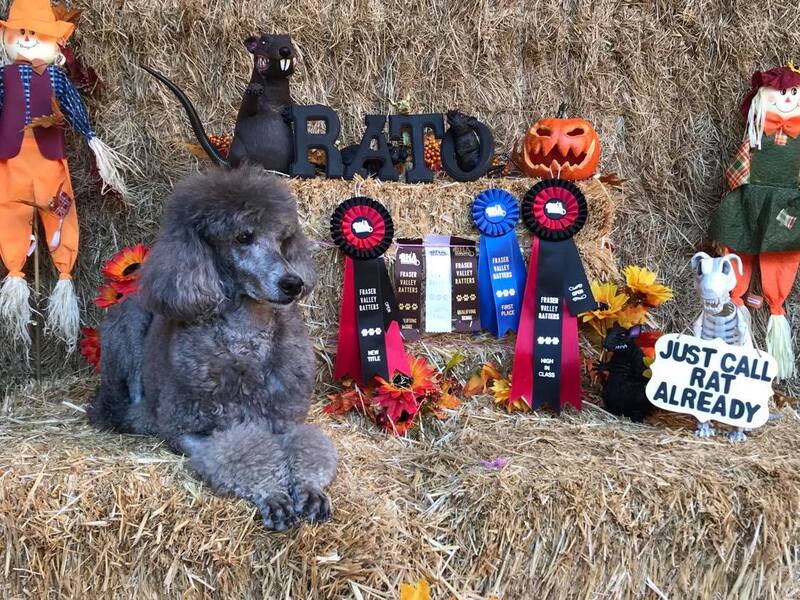 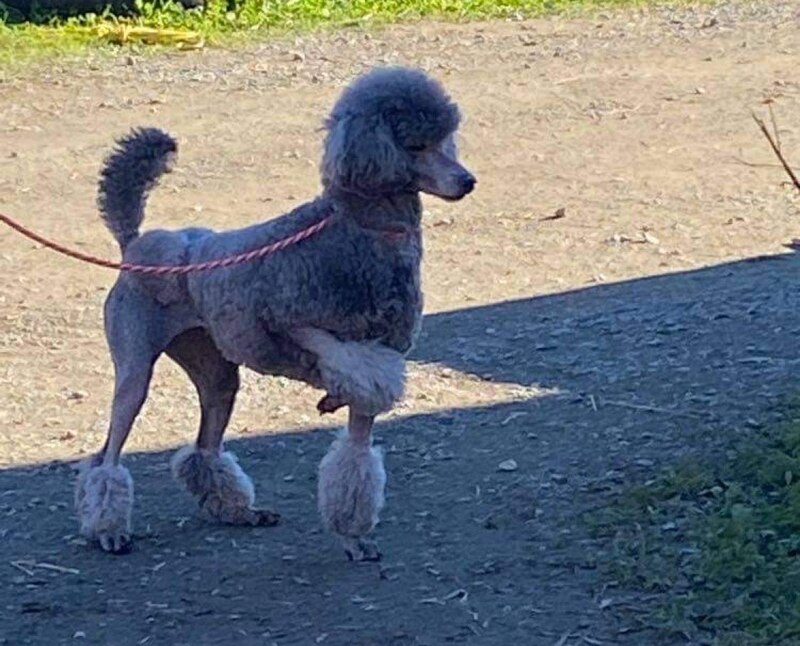 We are having fun with the Barn Hunt!
Shimmer is showing true hunting skills which is amazing to watch this ​most versatile breed doing!
Photo is her watching little birds and yes she is pointing! 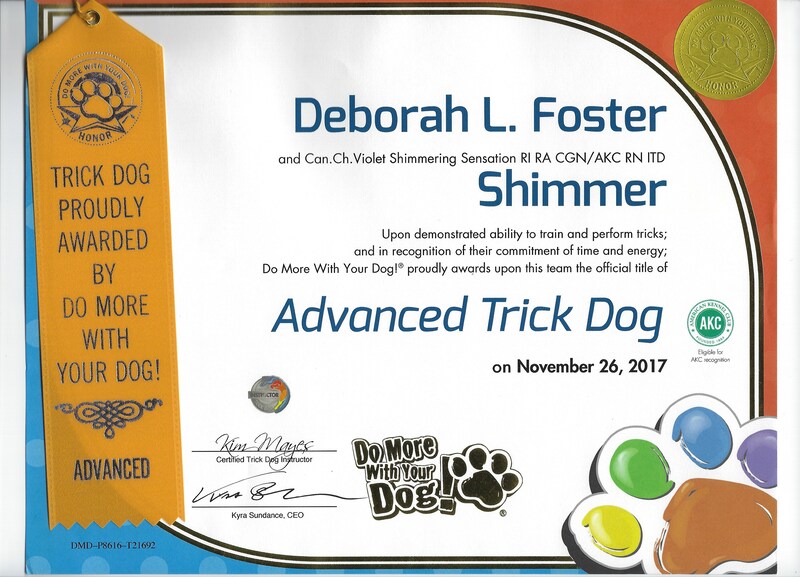 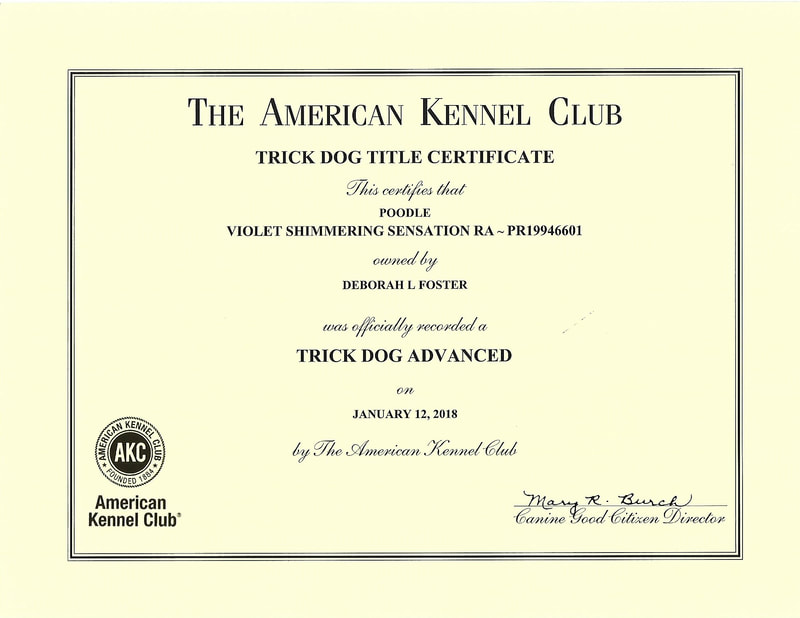 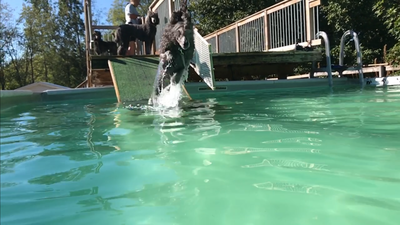 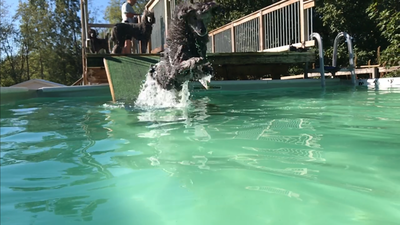 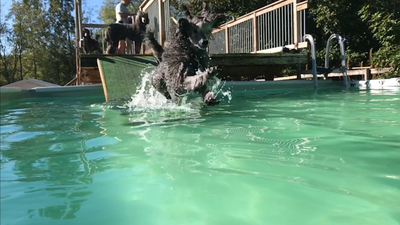 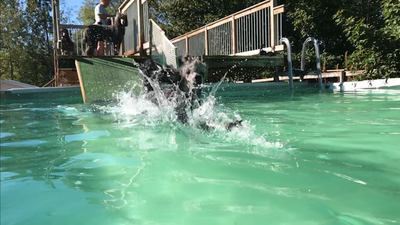 In 2017 we were doing Rally in Canada and the United States,
busy looking after our dearest Shiraz, swimming, doing our first dock dive (above),
​ having fun with Lure Coursing and then Barn Hunt! 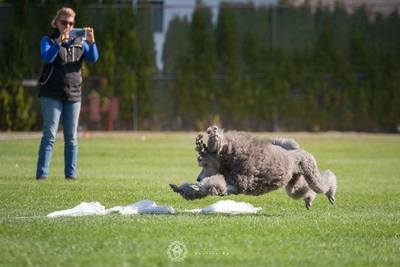 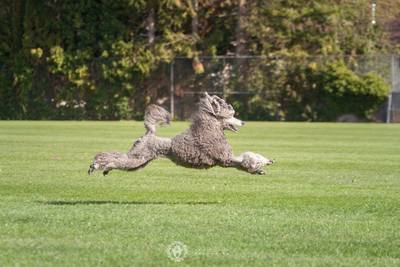 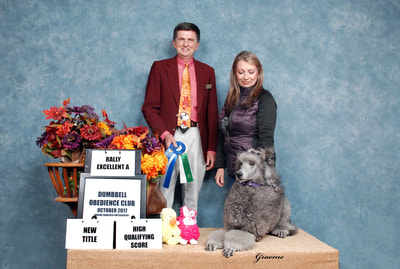 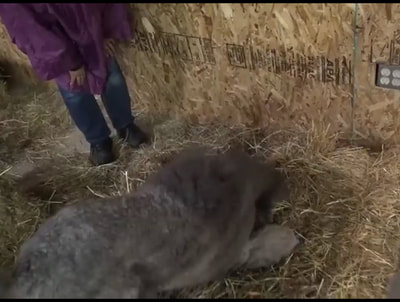 ♥ ​♥ ♥  ​
Commercials and Movies Oh MY!!!
September 17th, 2015
Shimmer was in a commercial for Aetna Health Insurance in
Queen Elizabeth Park!
There was lots of people milling around, some walking up behind her, a big camera on wheels as well as a zip line going off to the side in the Park!
​Here are a couple of sneak photos!!! 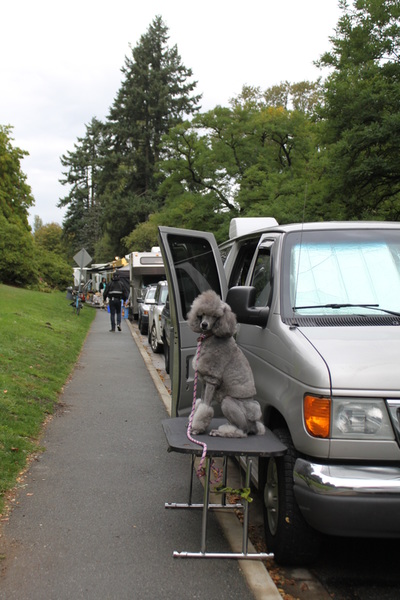 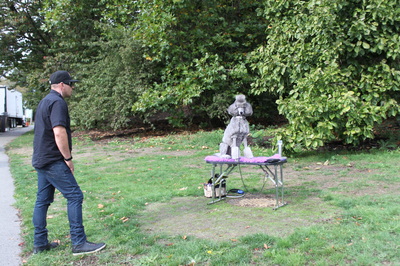 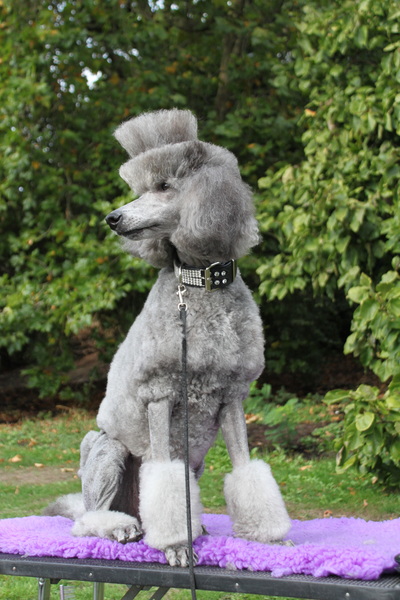 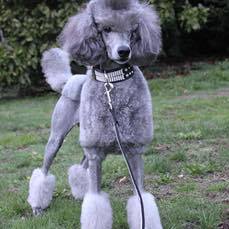 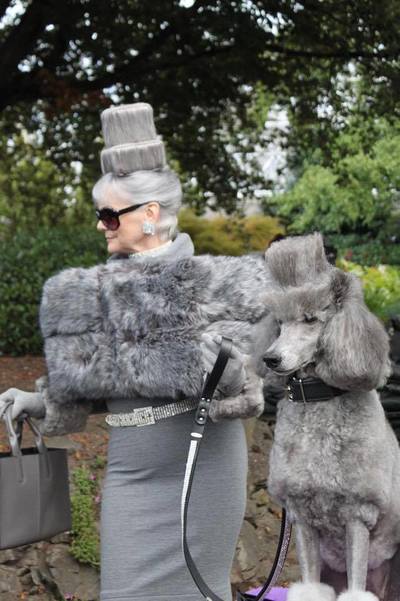 It's Showtime!!!
September 9, 2015
Here is her little walk by on
*When Calls The Heart.*
I have to say that I am very embarrassed of all the squeaking I did upon
catching the episode and Shimmer just by luck tonight !!! 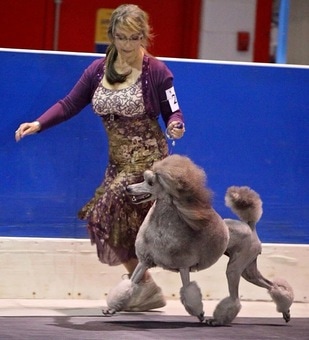 Thank you for this most honourable win under Judge Mrs.Jane Forsyth
from North Carolina, U.S.A.  Shimmer takes Winners Female against seven other female Standard Poodles for a lovely win of 3 points and Best Opposite Sex
which finished her Canadian Championship Title!

(It was fun to be included in the lovely lineup for the Best In Show for the
Best Bred By Exhibitor.  Congratulations to the Miniature Pinscher)
♥ ​♥ ♥  ​ 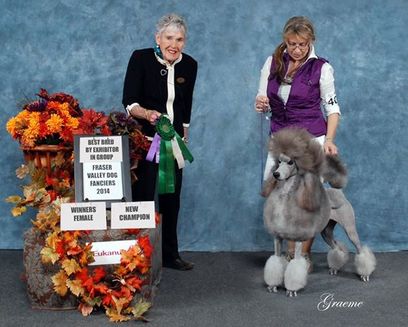 ​May 10th, 2014
Shimmer's first introduction to Sheep Herding!
Yeah!!! I thankfully squeezed in a sheep herding lesson under my favourite Obedience/Rally Instructor (who also is a Judge) Karen Brearley of Longhaul Kennels who very unfortunately for her now saddened students in the Lower Mainland and very lucky for others, is moving up to Armstrong, B.C.

​As I was still recovering from a concussion I had not been doing any of my
canine activities and saw that Karen was offering her last sheep herding lesson in the Lower Mainland of Vancouver, B.C. before she moved!
Well I was not going to miss an opportunity of that, so off Santos,
Shimmer, husband in tow and myself went!
​Many thanks to both Gail Bradshaw of Labeth Farms and my husband for holding the cameras! Oh and to myself as well as while Karen worked the two dogs without me I was able to take some photos and videos too! ;)
​Hopefully we'll see an AHBA Trial up here soon!
♥ ​♥ ♥  ​

The third time Shimmer was shown as a puppy doing the
very same placing as she had done the day before over the same
three females under Judge Mr.Murray Eason from Alberta
for Winners Female and Best Of Opposite Sex to the Special
​with Shimmer shown from the
Bred By Exhibitor Class
for another two point win undefeated as a puppy!
She is now on five CKC points. ♥ ​​ 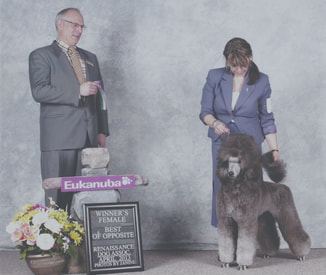 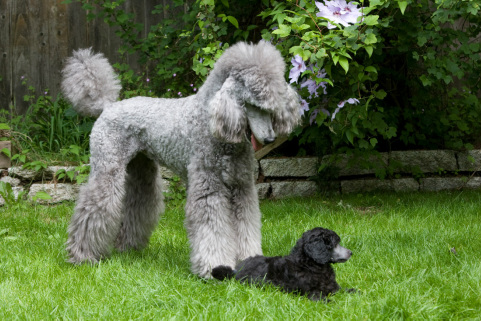 ​
​Many thanks to Terri of Kyeri Tibetan Terriers for this
great moment showing Grandma Shiraz anticipating her
grand puppy Shimmers next move!