This weekend placed Mambo as the 4th Top Standard Poodle in Rally across Canada!
Canuck Dogs

​Huge thanks to the Golden Retriever Club of British Columbia which was in conjunction with the Pacific Kennel Club on the gorgeous grounds of
Thunderbird Show Park.
They had an Arabian Horse Show going on at the same time however as it was hot I stayed with my dogs.  I got to see a few horses in the distance but missed once of my favourites, the Costume Class where horse and rider are in full Arabian apparel!! 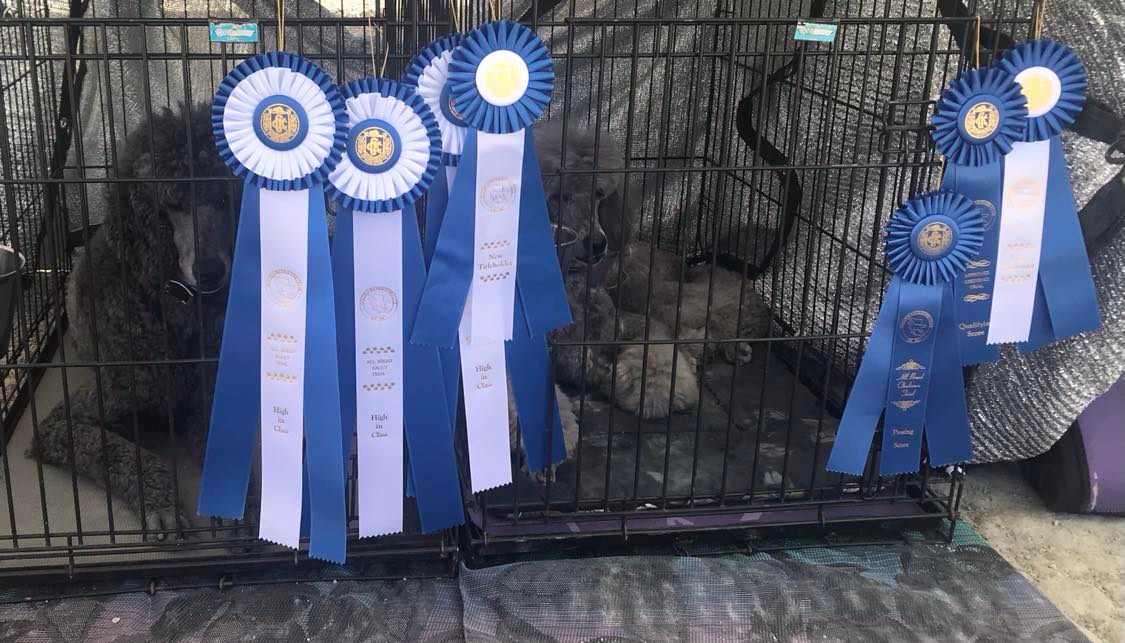 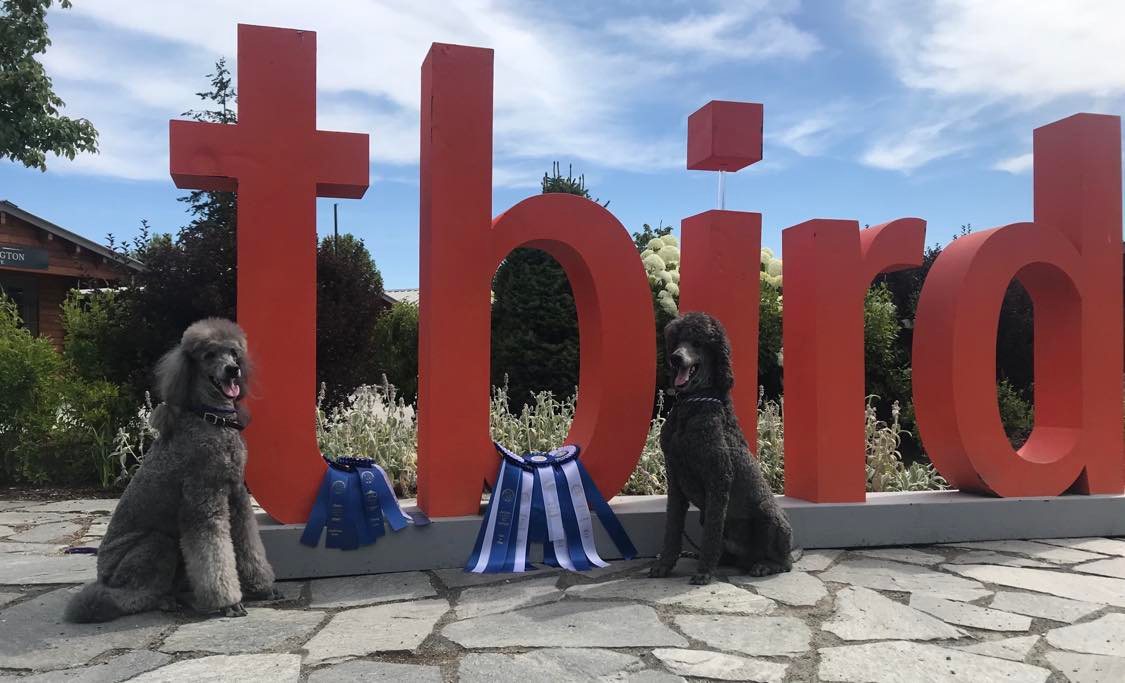 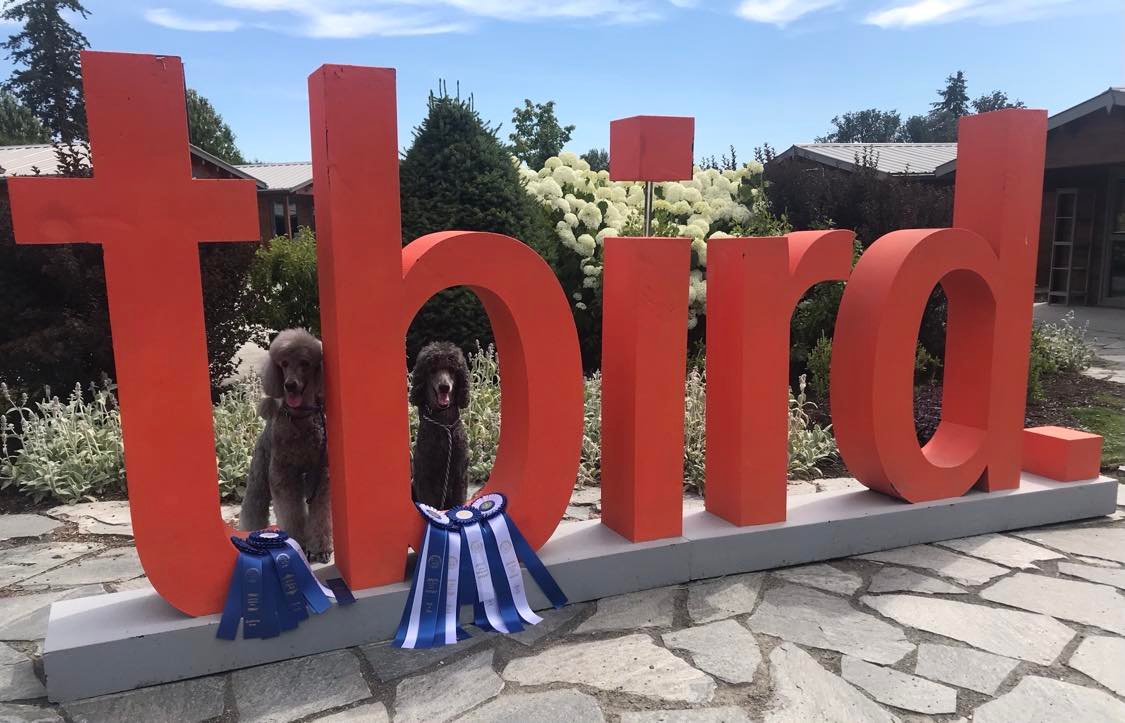 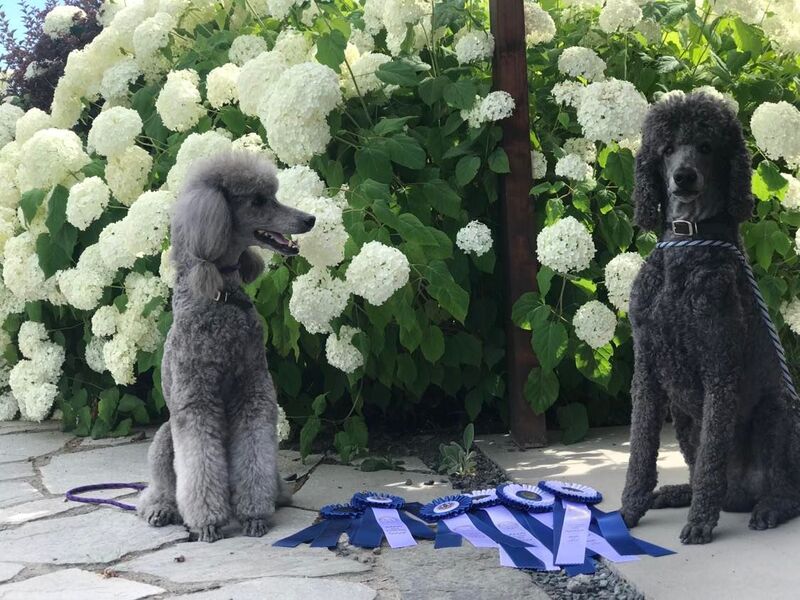 Thank you so much to Melissa for the photos and videos of Mambo and I.  ♥ ​ 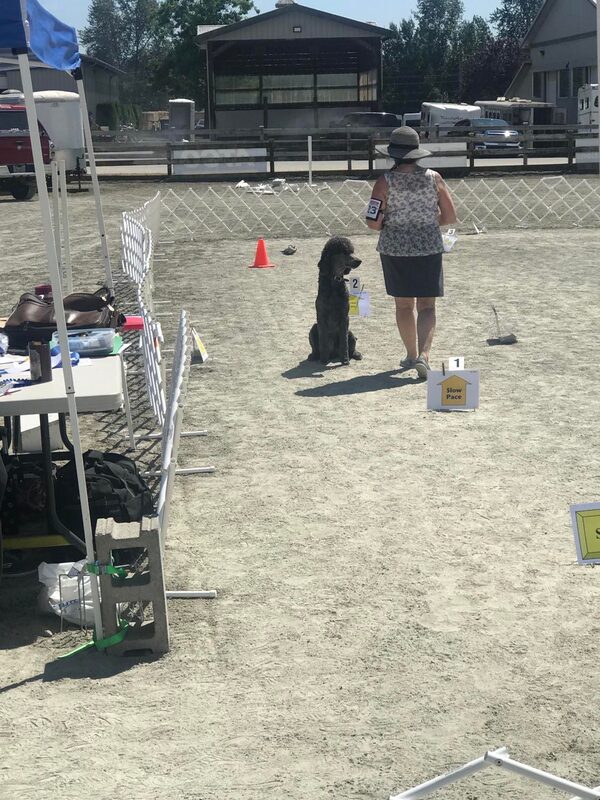 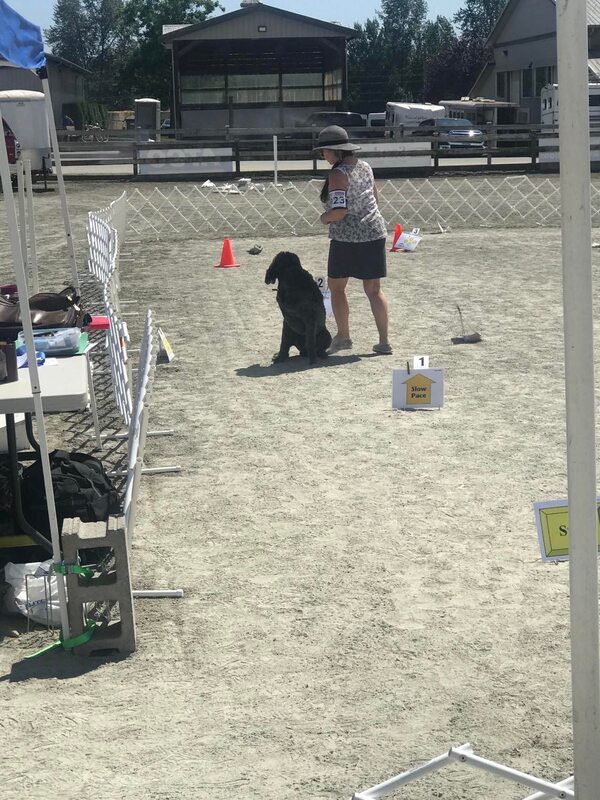 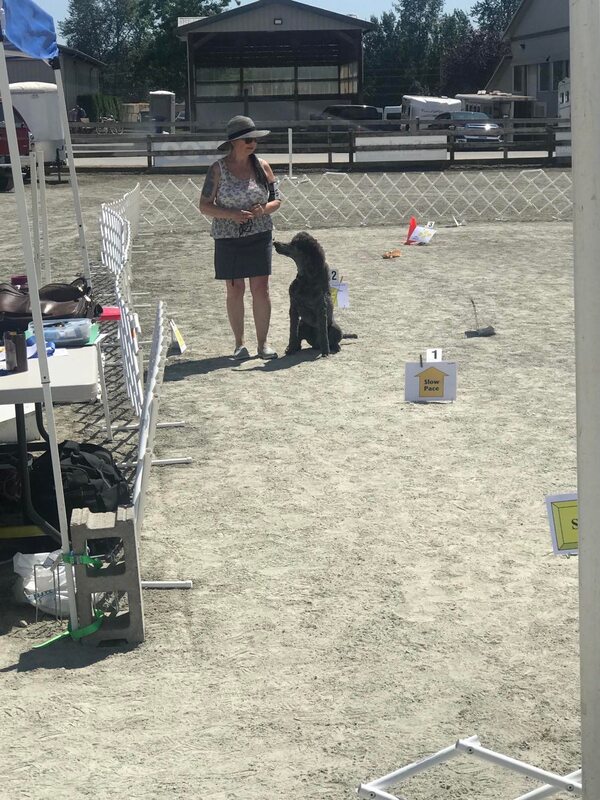 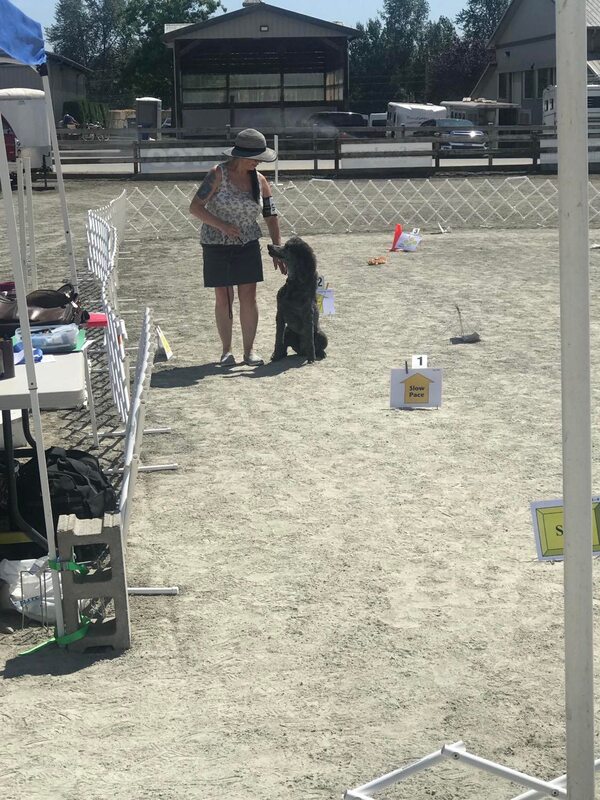 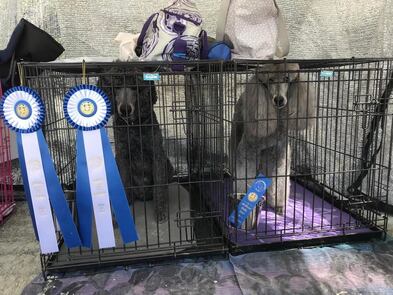 ​​​♥ ♥ ♥
GRCBC
​Saturday July 23rd, 2022
Judge Gwen Roswell from Kelowna, BC
Rally Excellent A - Trial #2
Another good run on our second Trial except Mambo moved his feet again on the Moving Stand, Walk Around Dog. I'm not sure what caused our other two points off but we still did well in 2:05:35 minutes for our 2nd Q and 96 points with his 2nd HIC.
​
​
Mambo with his mom Shimmer who I brought out at 10 years old for her PCD - Pre-Novice Obedience Title.
Rally Excellent A - Trial #1
Such beautiful grounds at Thunderbird Equestrian Centre!!
Mambo did well for our first Trial of the weekend with 3 points deducted from 100. Our 270 Pivot Left he was OOP for Out Of Position, I paused with both feet together on the Down while Heeling and Mambo moved his feet on the Moving Stand, Walk Around Dog.
This was his 1st Q of 97 points, 2:22:35 minutes and a HIC for High in Class.
​​​​​♥ ♥ ♥♥♥ ♥ ♥ 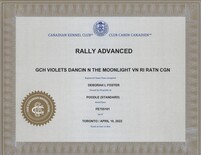 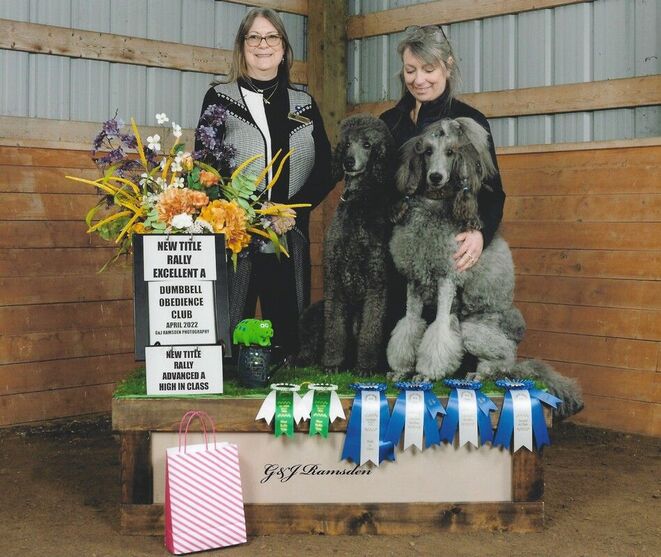 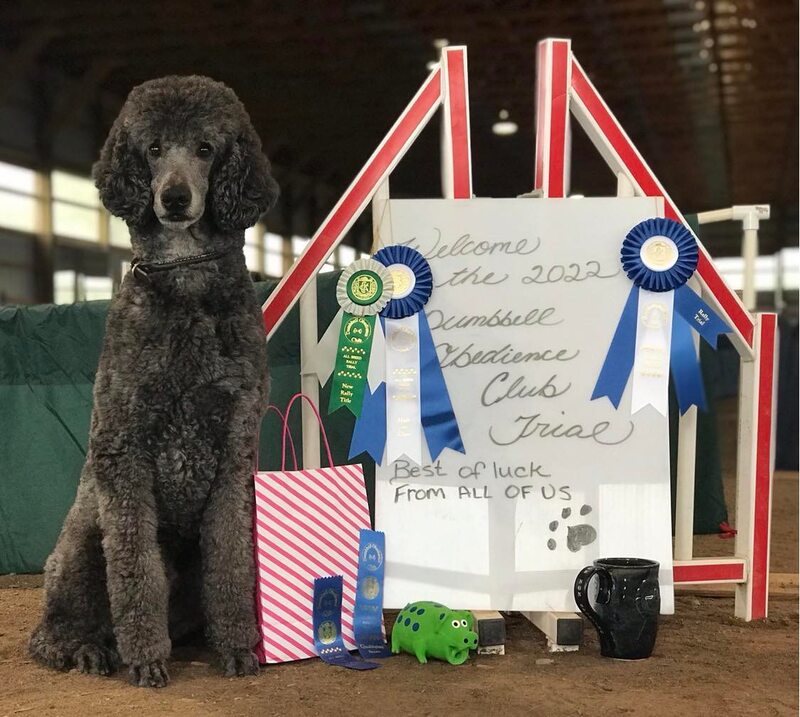 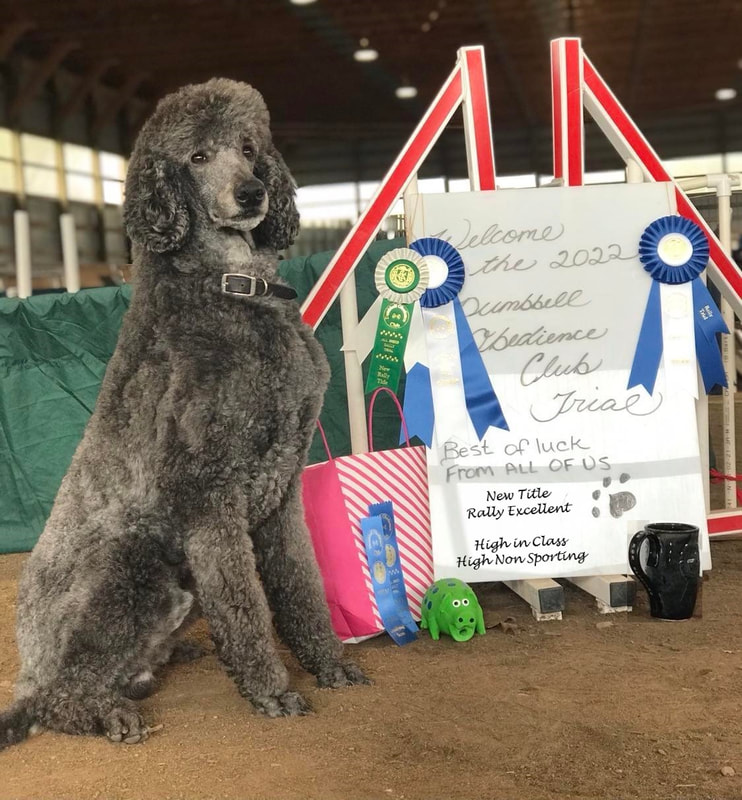 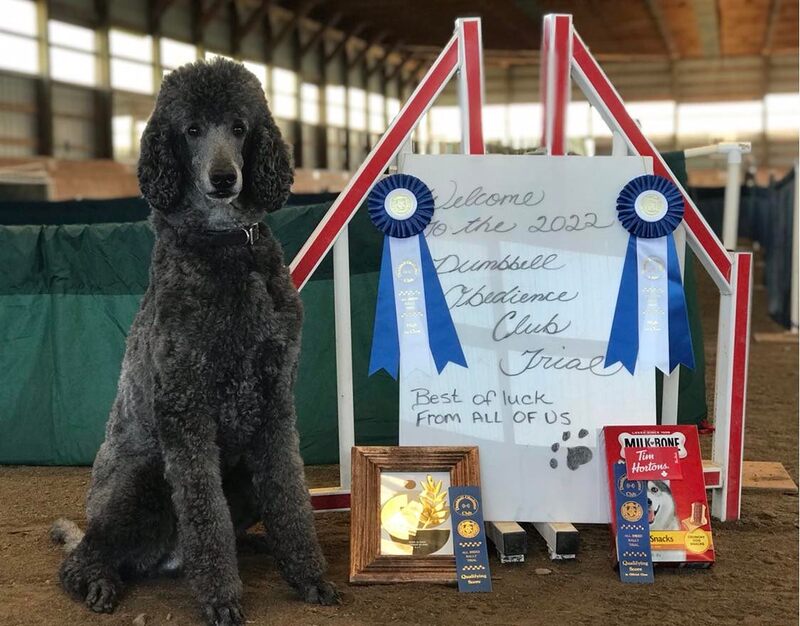 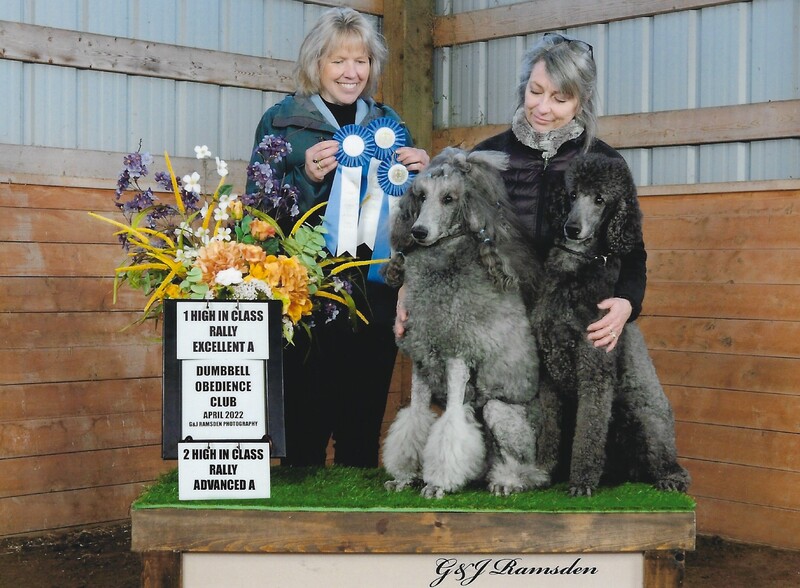 What can I say other than Mambo just loooves to work for me! 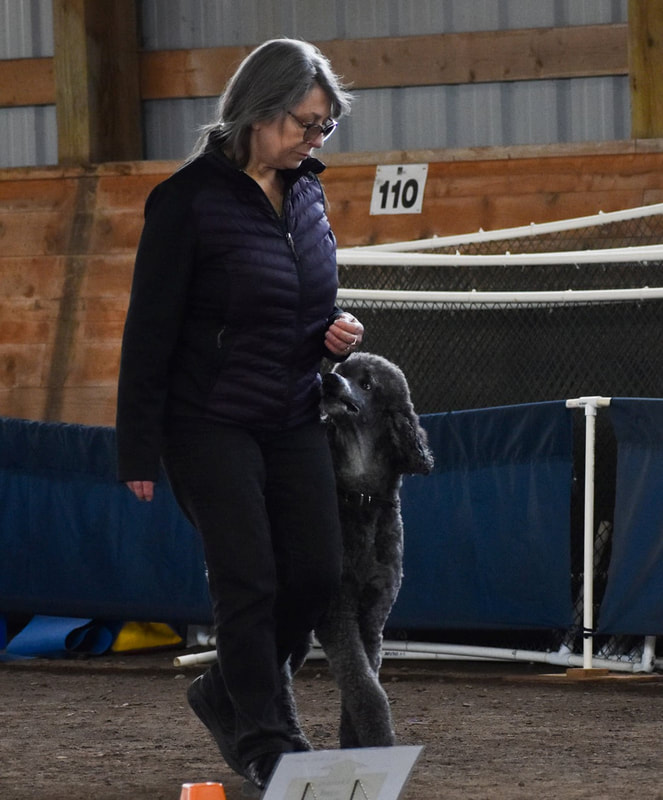 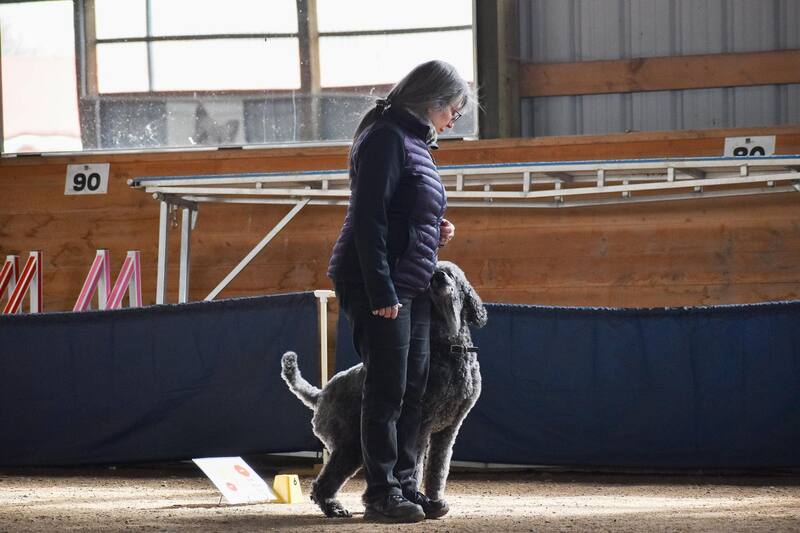 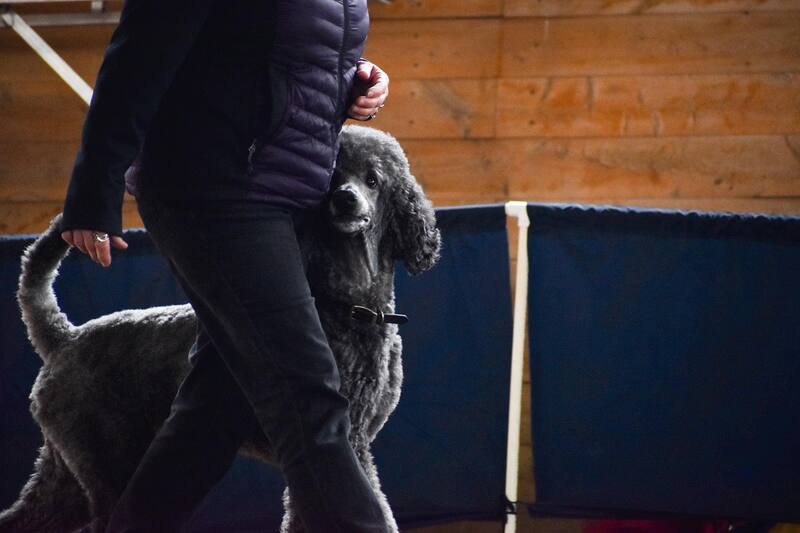 Trial #2 (in video below)
As you'll be able to see in the first station of the 360 Pivot Right, I have balance issues from a couple of concussions in the past however I continue to challenge myself despite of it!  A little comic relief you may say sometimes LOL.

Our fronts are not pretty at all and it's something we need to work on so I did a redo for Halt-Call Dog Front Finish Left that was 4 points off. Two more points off for the Call Front 1,2,3 Steps Backward for a poor sit.
We qualified for our 2nd Q at 94/100 and another HIC.
​
​Trial #1 Mambos first time in Advanced other than thankfully the
Sanction Match a month ago. He qualified for his 1st Q to receive a score of 96/100 plus a HIC High in Class.

Judge Karen Brearleys comment - Love-Love-Love the TUDE!
♥
​​​​​♥ ♥ ♥♥♥ ♥ ♥
​Dumbbell Obedience Club
March 6, 2022
​We were able to get out for a Rally Sanctioned Match
​today at
Cotonfield Dog Centre in Abbotsford. 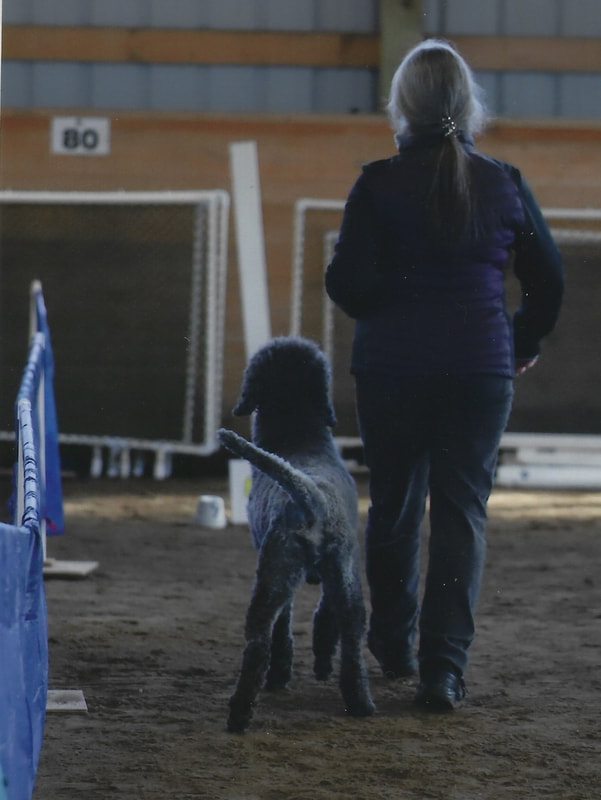 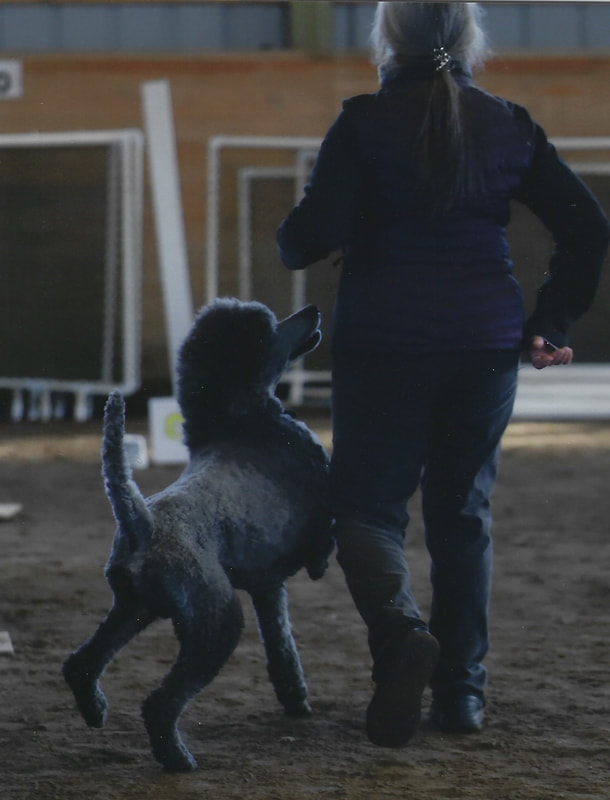 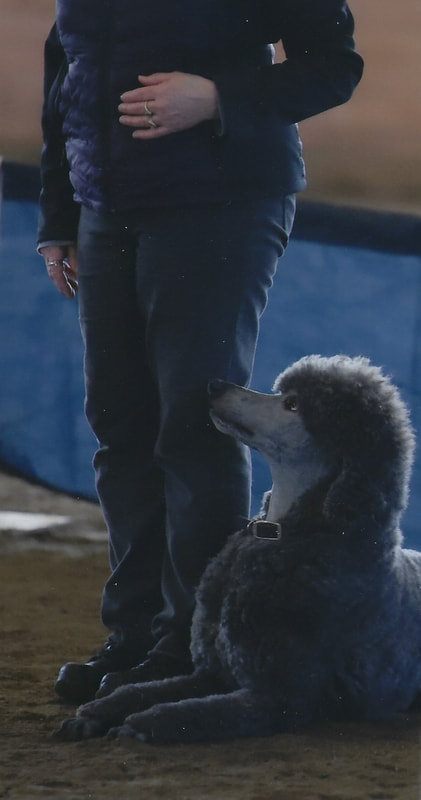 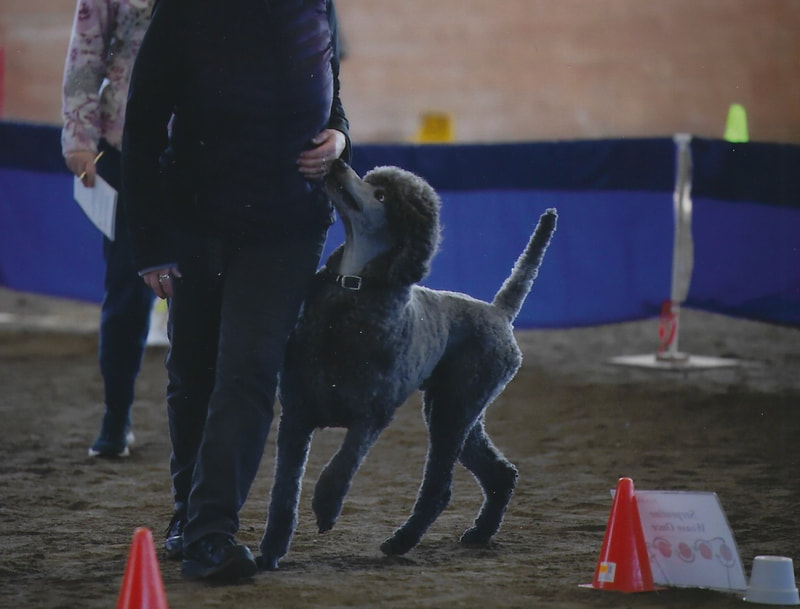 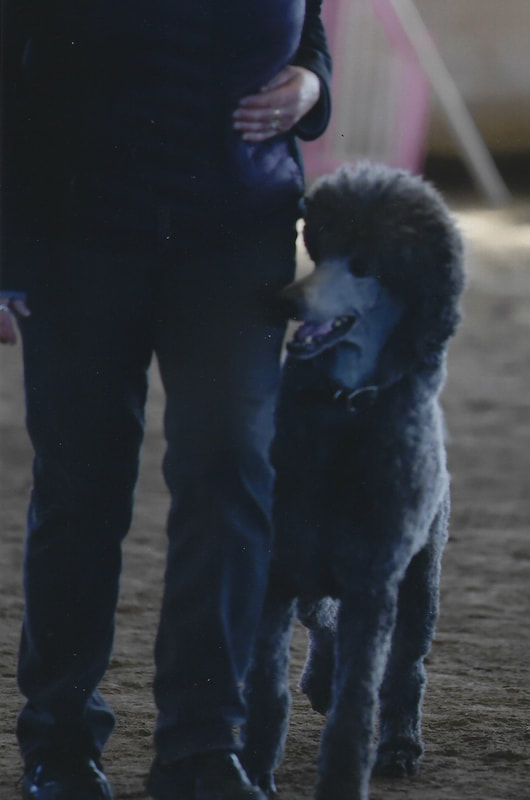 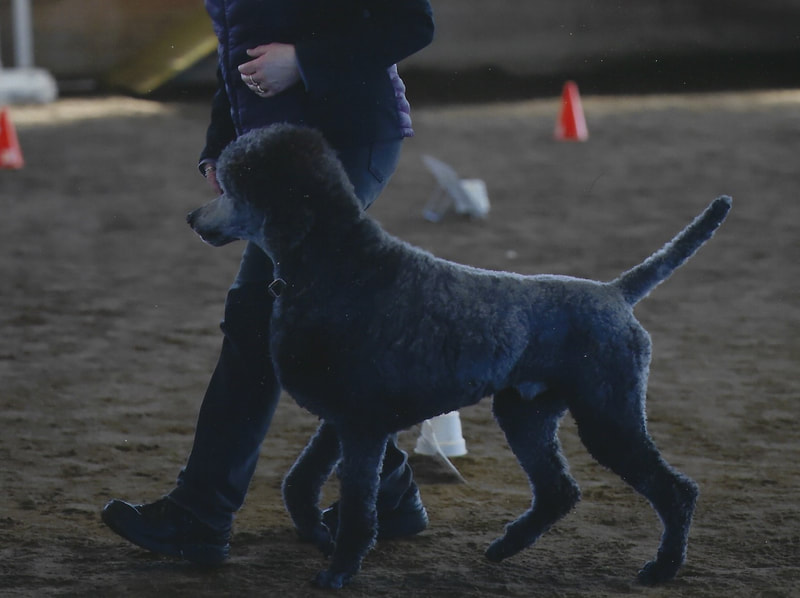 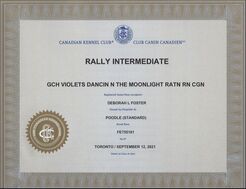 I had to ask for a retry for our station for the Halt/Call Front/Finish Left/Halt as I realize I had not worked and trained on this weakness of ours for the Front!  We had 3 point penalty against us here with the retry still receiving a 97 out of a 100.
Still nicely done Mambo!!! This was our 2nd Q for our Intermediate Rally Title.
♥
​Lower Mainland Dog Fanciers of B.C.
Cotonfield Dog Centre, Abbotsford, B.C.
​Saturday September 11, 2021
Trial 1 Judge Margaret Chandler

​We hadn't practiced or I should say trained for Rally for some time.  We did some Rally Virtual for AKC back in October of last year but nothing since so I saw a Rally Trial come up locally and entered.  I do not train before a Barn Hunt which we went to last weekend and a month ago as Mambo wants to ask what I want of him.  In Barn Hunt we work for the dog however in Rally Obedience the dogs work for us.​
​We lost 10 points on Station #27 Down and Stop as Mambo moved. Then I had to ask for a retry on Station #118 Leave dog, 2 Steps, Call to Heel & Forward as out of the corner of my eye I saw his shadow  coming up to me! Apparently the garbage truck was right outside causing interference as I was told you couldn't hear anything.  I guess I had it blocked out so that was an additional 3 points. We lost 1 point for Station # 110 Halt, Call Front, Finish Right & Halt,  again with the Fronts for OOP ( Out Of Position)
Still an honest score of 86 out of 100 for his first Q.
♥
​​​​​♥ ♥ ♥♥♥ ♥ ♥​

​Lower Mainland Dog Fanciers of B.C.
Cotonfield Dog Centre, Abbotsford, B.C.
♥ ♥ ♥
Sunday September 13, 2020
Trial 4
Judge Mr Bruce Fraser
Well we Q'd for our fourth Trial this afternoon however to add a little humour on my behalf I totally missed the Fast Pace sign and realized it when I came upon the Normal Pace sign.  Why did I not stop and go back to redo it ... I guess because I blew past it and didn't see it!  LOL
Then what was up with the Call Front 1, 2, 3 Steps Back! LOL I totally added another one step missing the two step and then did the three step!
https://youtu.be/LdsYmUYTnmY
​♥ ♥ ♥
Sunday September 13th, 2020
Trial 3
Judge Mr Bruce Fraser

Mambo completed his CKC Rally Novice Title in this mornings Trial
from the Novice A Class with a qualifying score of 98 out of 100! 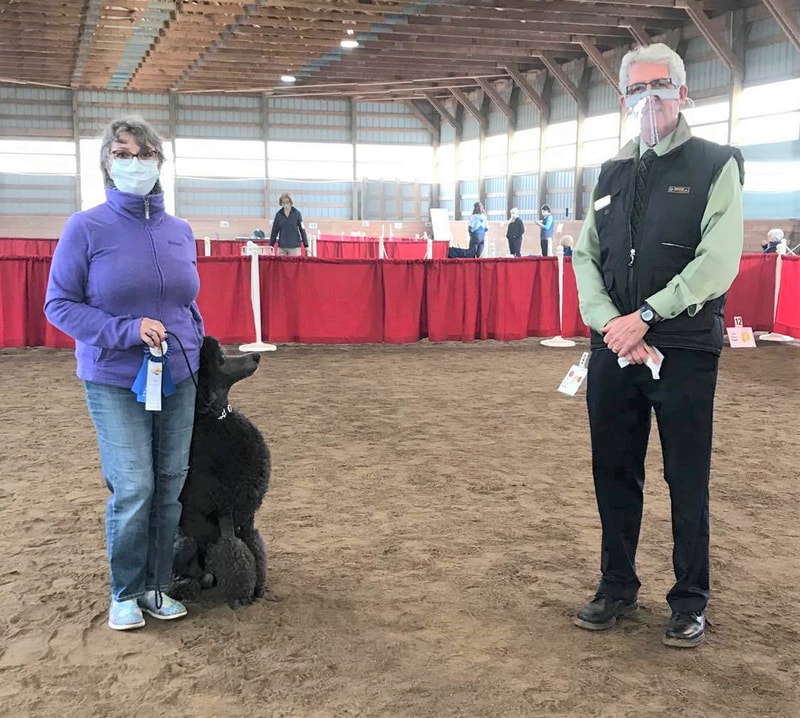 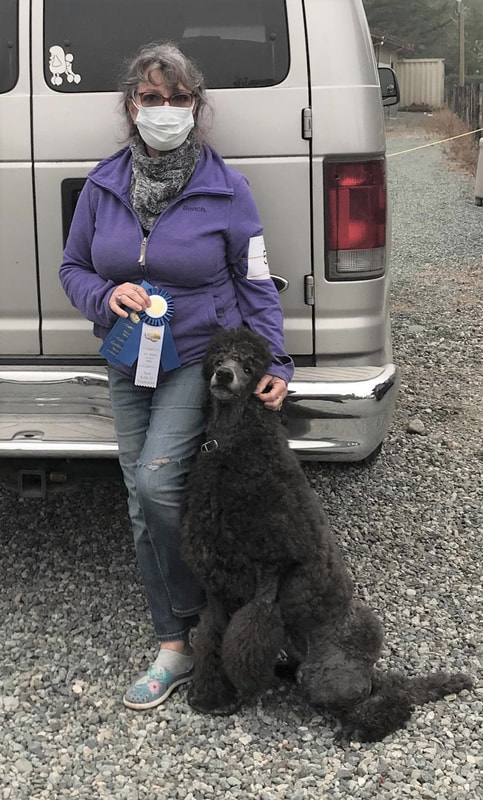 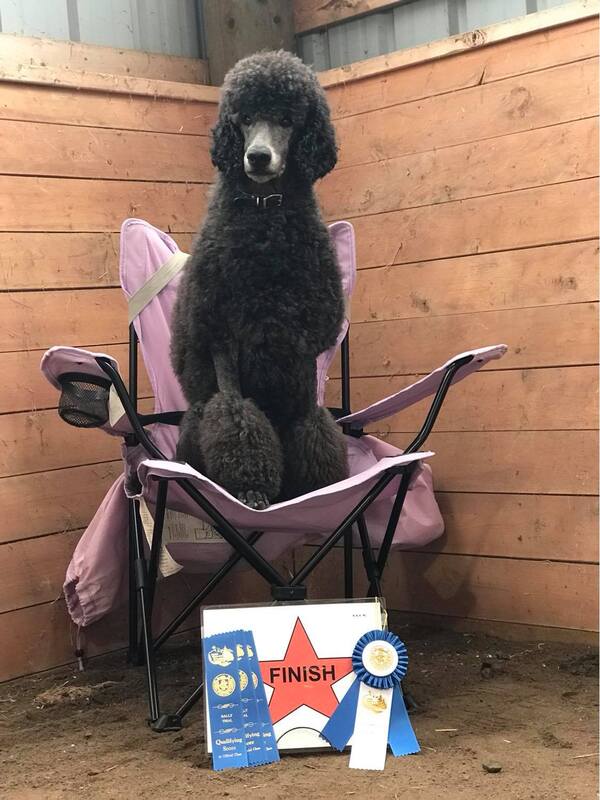 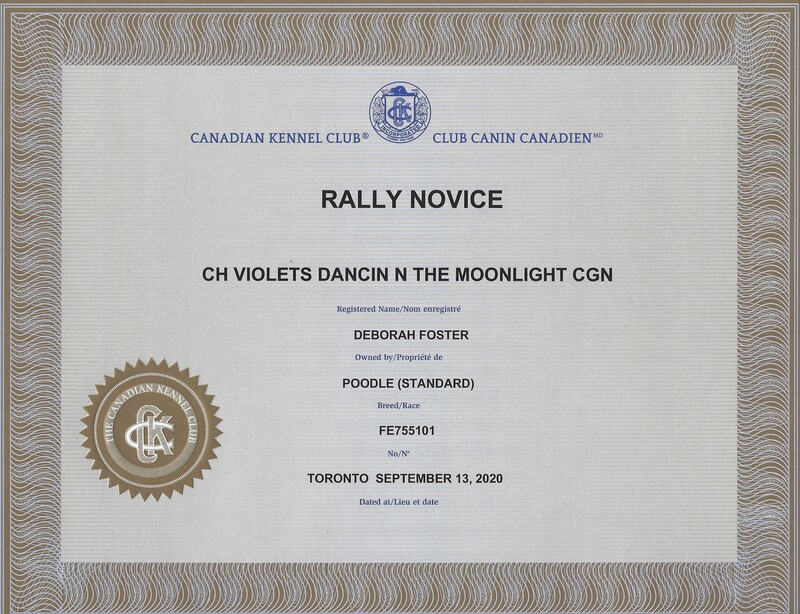 A bit harder course this afternoon which Mambo again did quite well despite not being trained or truly ready to compete.  It was I that cost him the loss of 10 points to what would have been a score of 96 due to going the wrong way on a 360 left turn!!!
​LOL we did qualify for our 2nd Q or leg with a score of 86 with the time of 1:55:44
​
A very lovely compliment from our judge today was that I had a really good working dog!

​Sooo we finally had a Trial in the Lower Mainland of Vancouver,
so I entered Mambo!!! For many reasons we had not been training some being Covid, my mom passing away then my back pain, however I decided I was going to do it anyways regardless.

Mambo did really well with a score of 98 out of 100 in 1:34:06.
I believe he also placed second in his class but not certain.
This is his first Q towards Rally Novice.