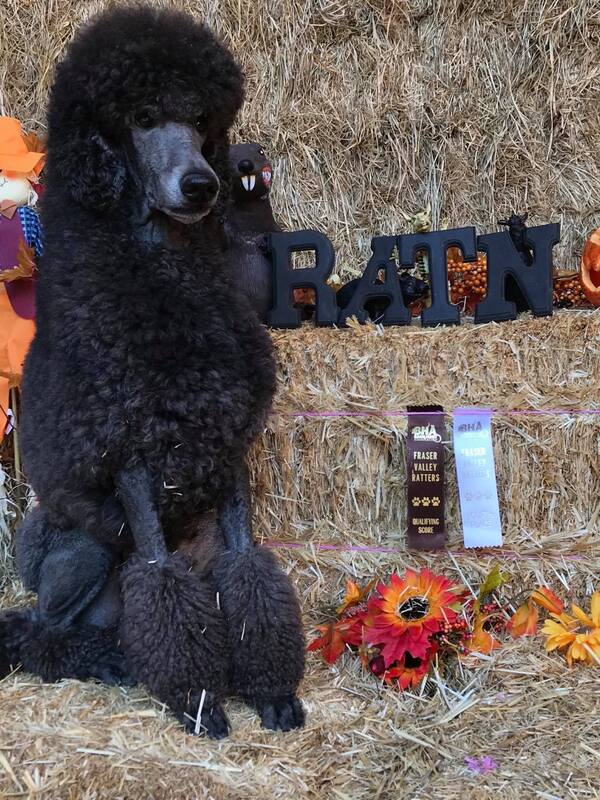 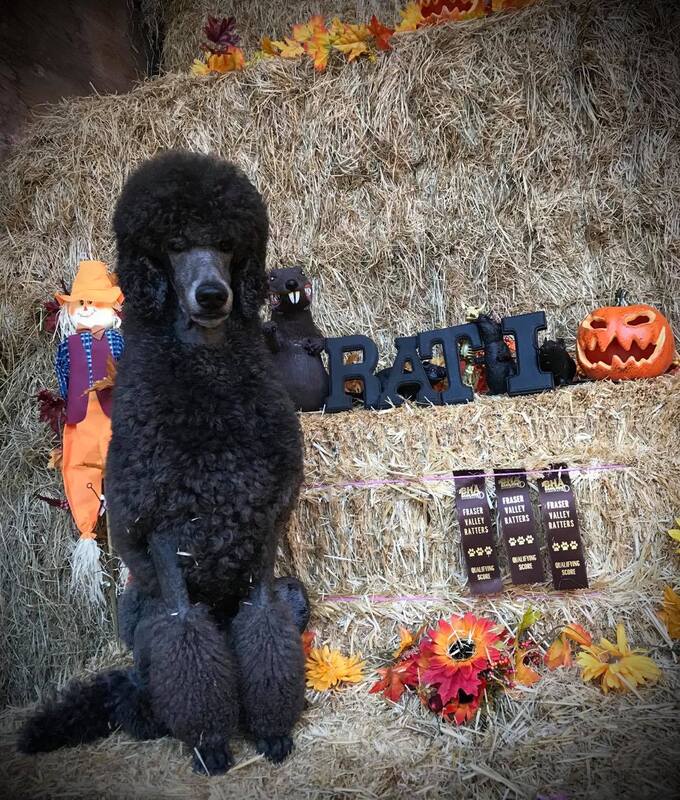 Trial #6 Novice A Pass
Nicely done Mambo!  I stopped trying to tell him where to hunt!
His 2nd Q for Rat Novice A with a 4th place in 104.12 seconds. 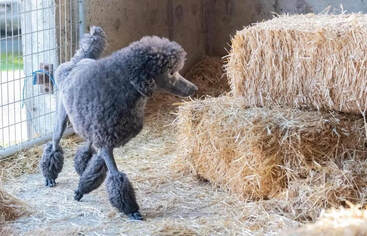 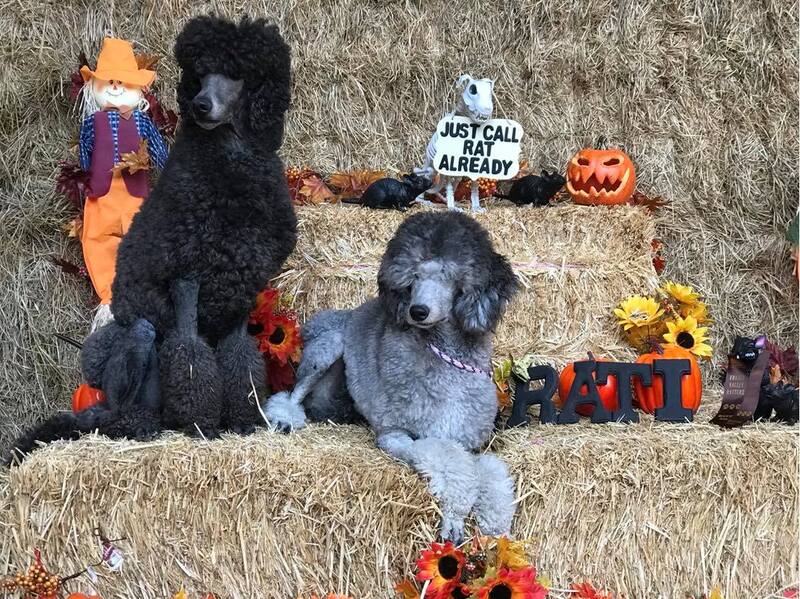 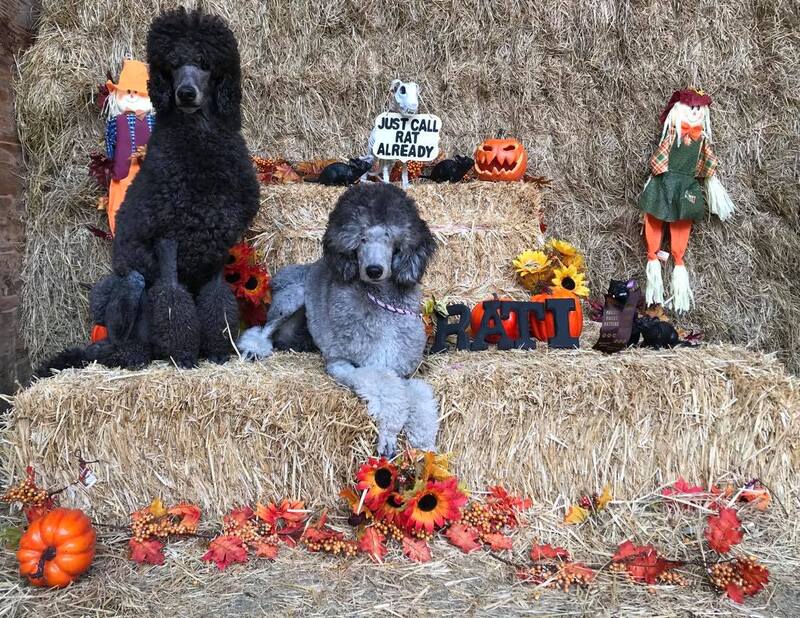 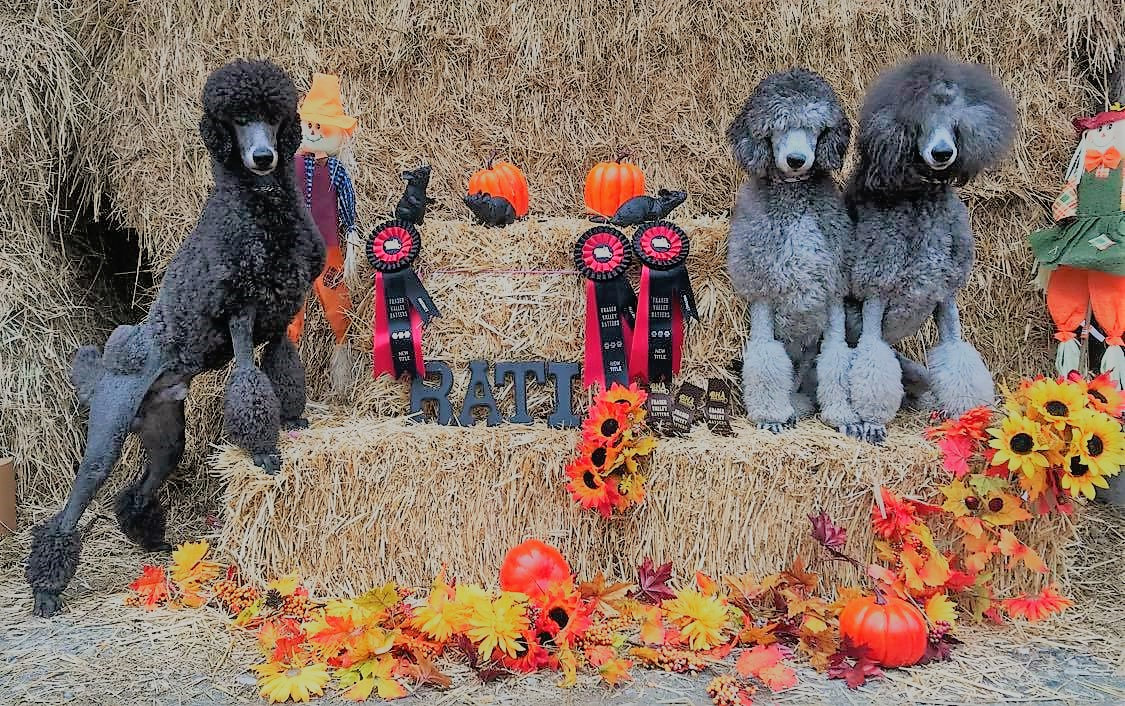 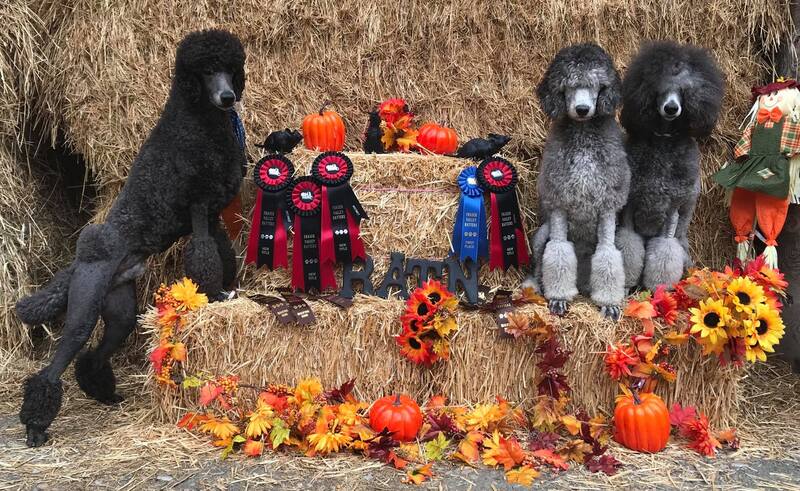 ​​Well Happy Belated Birthday to me!
Trial 5 was the best run between all three Standard Poodles!!
Six finds out of six runs!!!
As we had done a Rally Trial just two weeks earlier some dogs continue on thinking that's what we want especially when they are most wanting to please
like Mambo. He did hunt once I told him out! 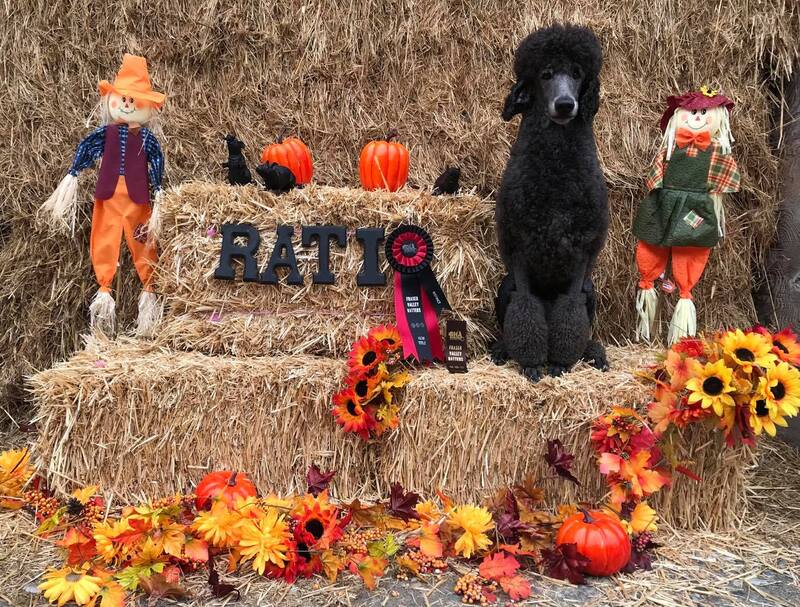 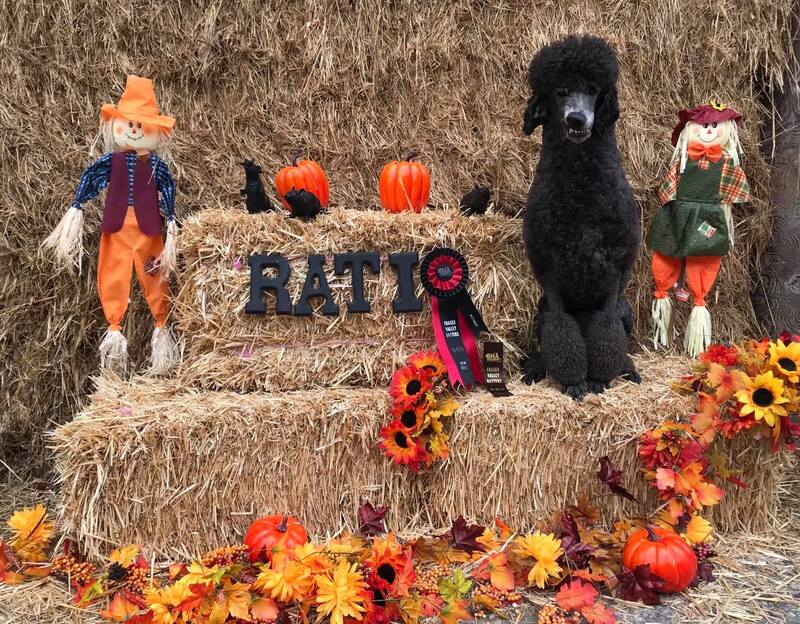 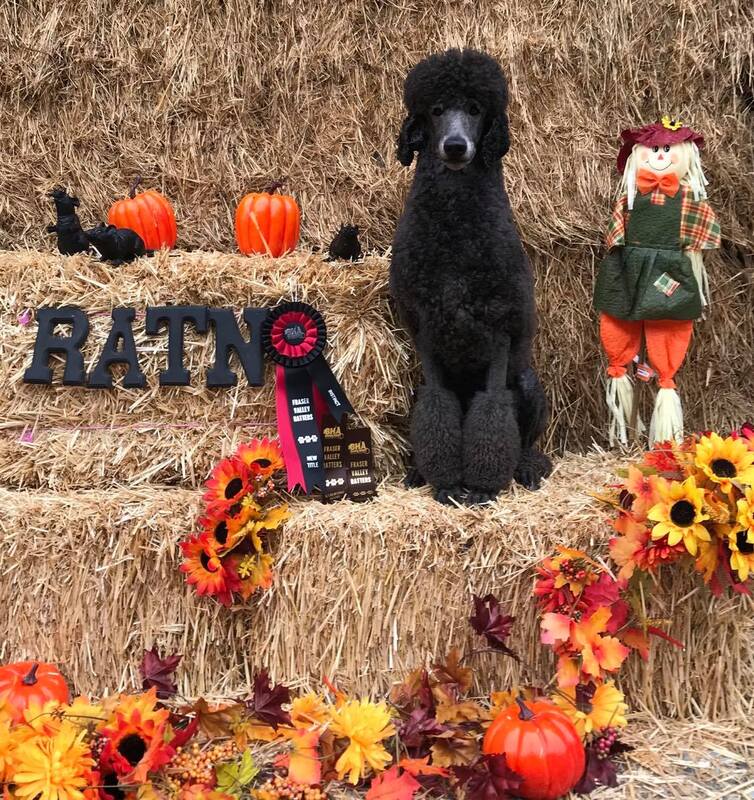 No rats this time for Rat Novice Class. 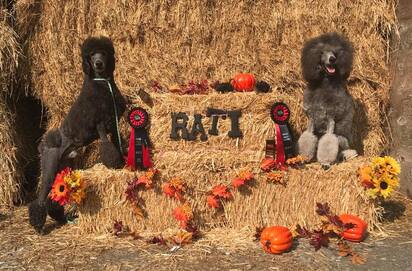 Today's forecast was calling for rain however it was
mainly cloudy with a beautiful sunny and very warm afternoon.  Yeah!!!
​
Mambo did very well finding the rat in 28.13 seconds for another Rat Instinct.

We then went into Rat Novice where he did the best ever keeping his mind for the first time where I wanted it and not on what a young male thinks he needs to do as he did before! LOL
In Rat Novice large dog division,
​Mambo placed third with a time of 58.66 seconds
out of 29 dogs!  Allowed time is 2 minutes. Nicely done Mambo!!! 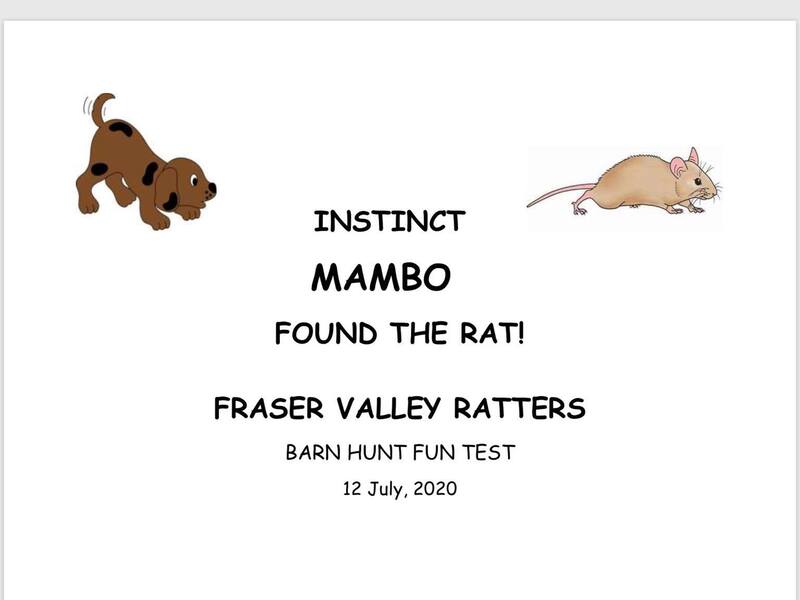 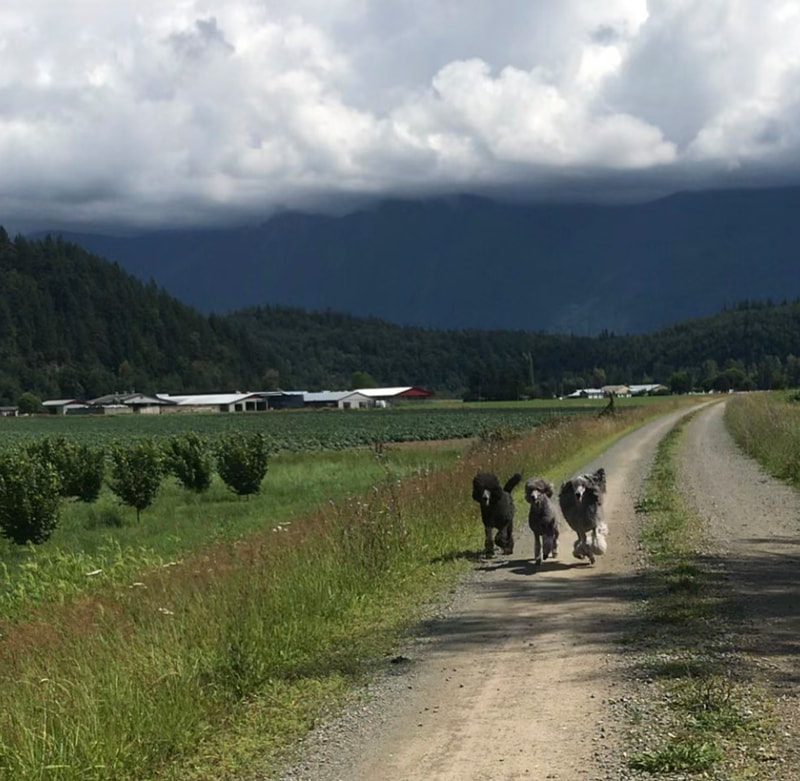 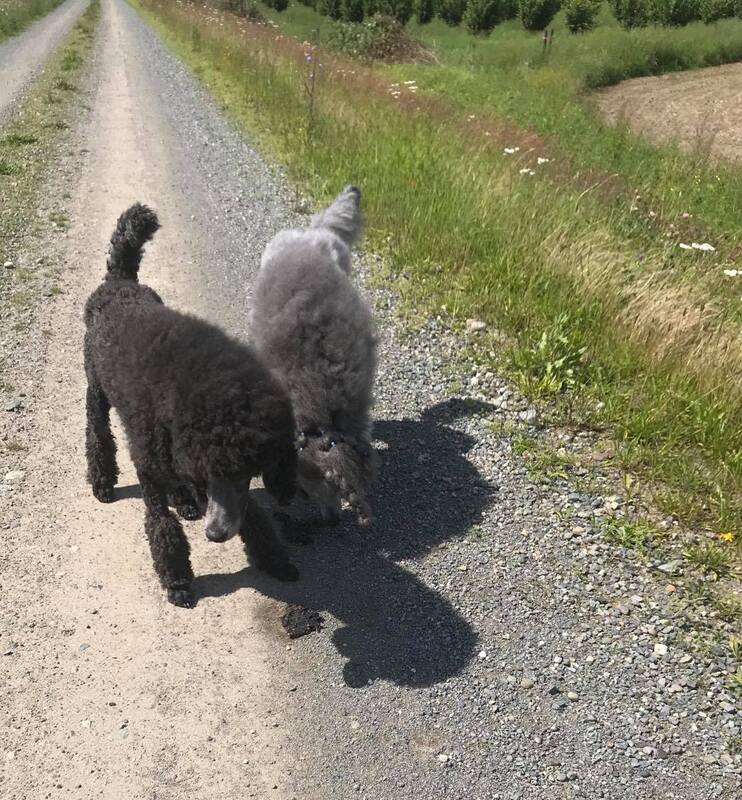 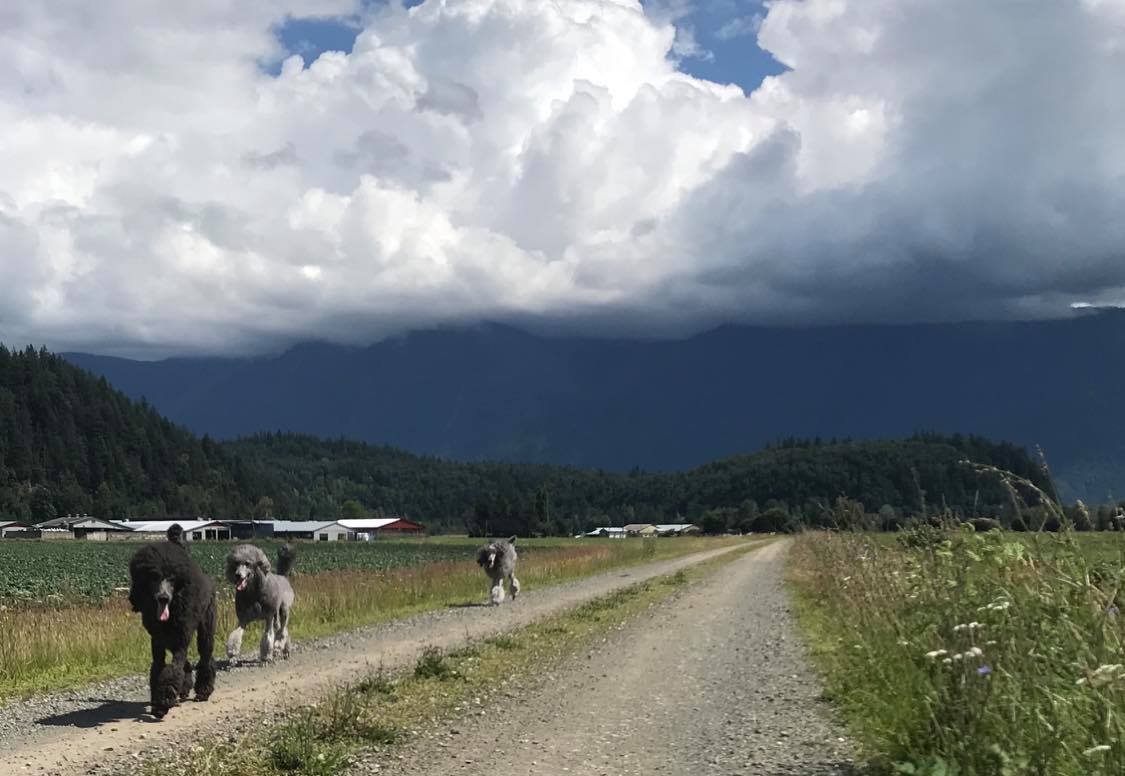 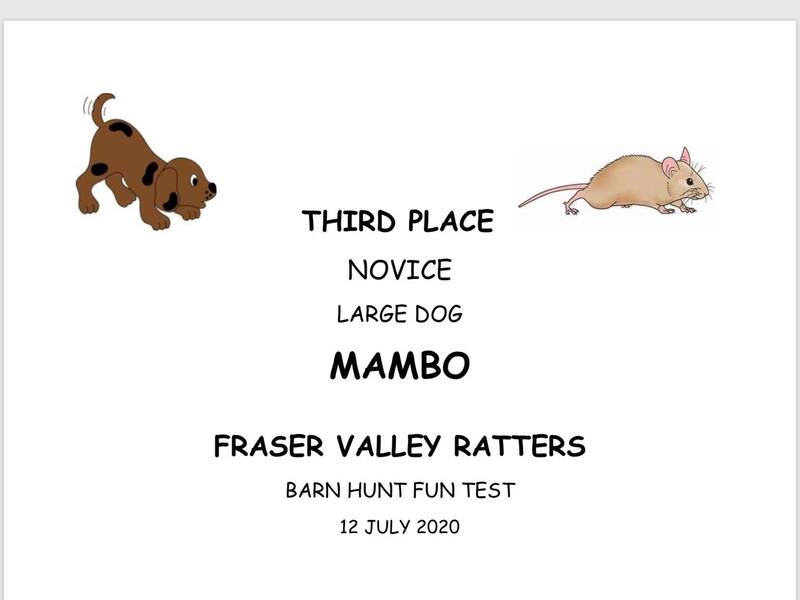 ​We went for a couple of beautiful walks afterwards
where theyhad earned a bit of freedom to kick up their heels.
A few stops to smell flowers and bear scat LOL!
​​​♥ ​🐀​​​♥ ​

Rat Instinct Test
​Mambos second try at the Instinct Test timed at 0:45.13 with success for
🐀 ​RATI (x2)
​Photos with Dan Mata, myself and Sparkle who now has her RATN. 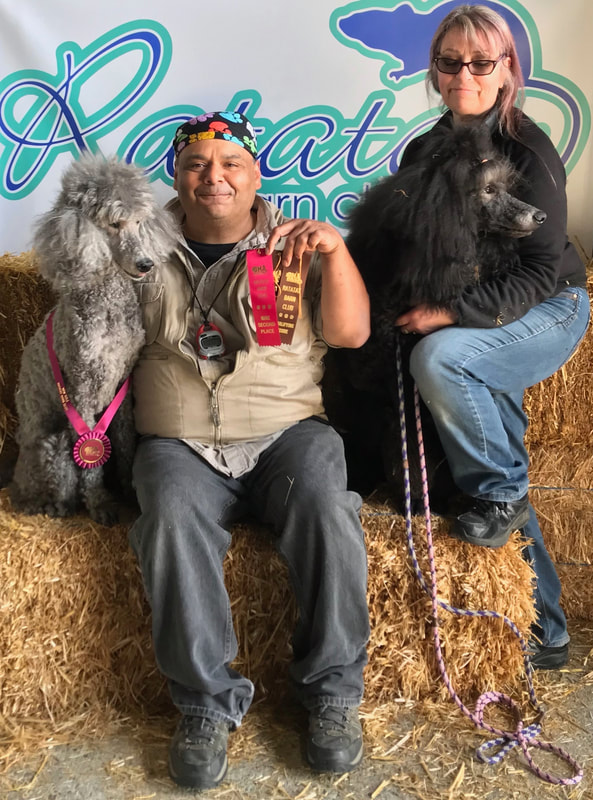 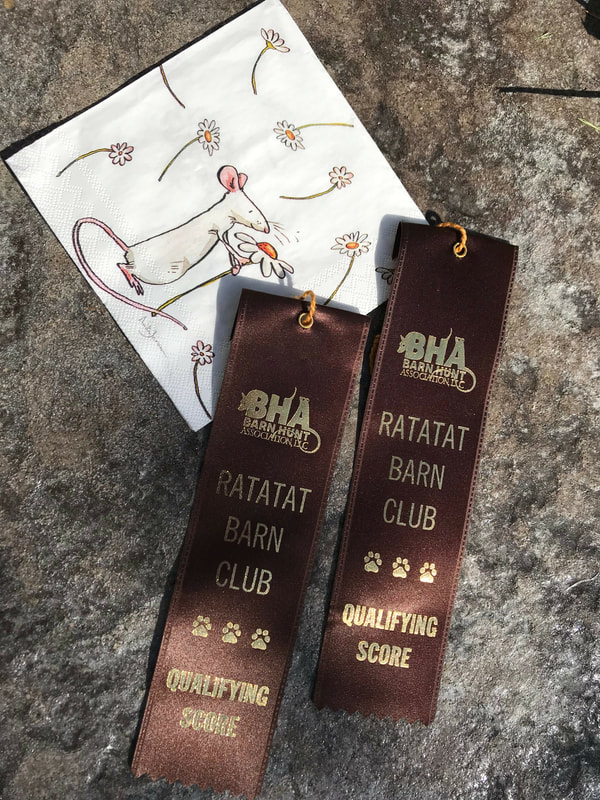 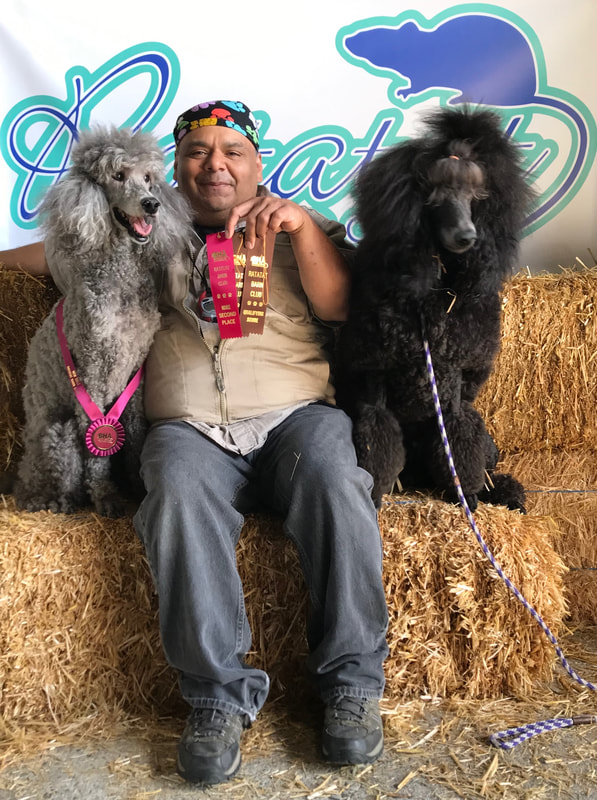 I entered Mambo into the Rat Instinct Test first.
Waiting our turn in the blind we were called out and into the Ring. Around the bales of straw and over to the cradle holding the three tubes, I redirected his attention asking him to find it.  That he did BANG right on it!  As this was his first time I encouraged him over to the other two tubes and back he went onto the middle one.  🐀 RATI completed in 31.22 which was when I called it
not his true time!  :) 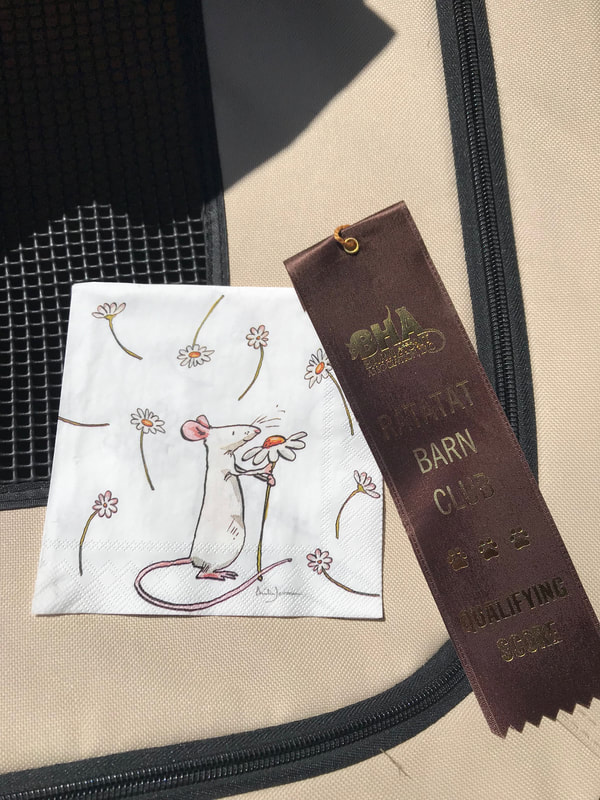 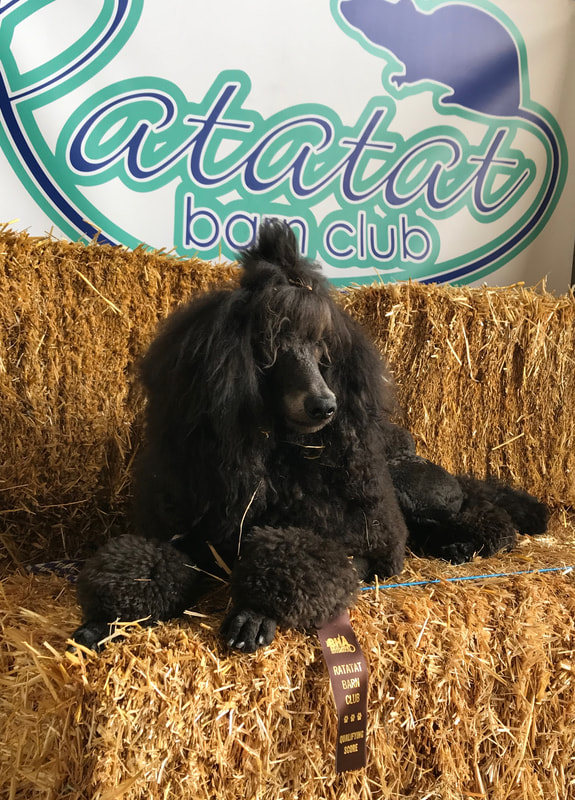 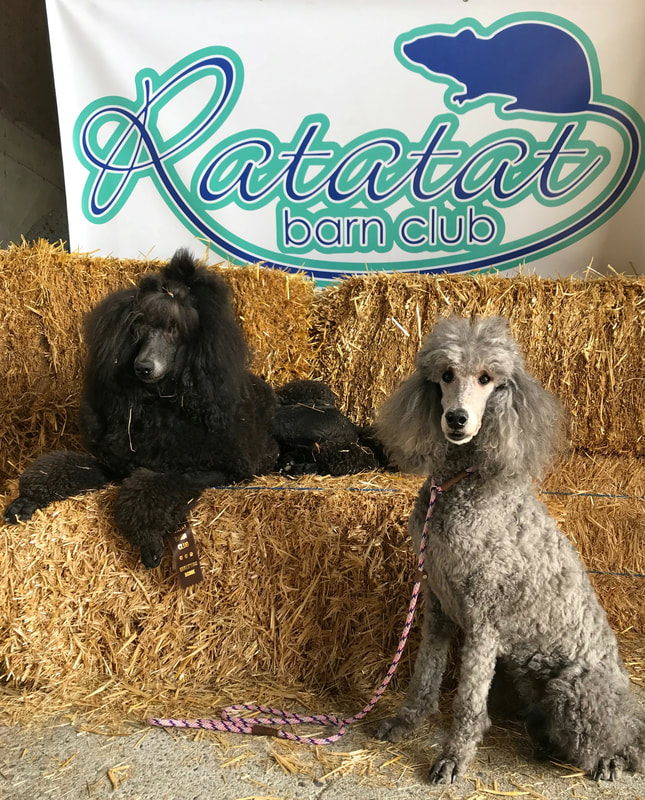 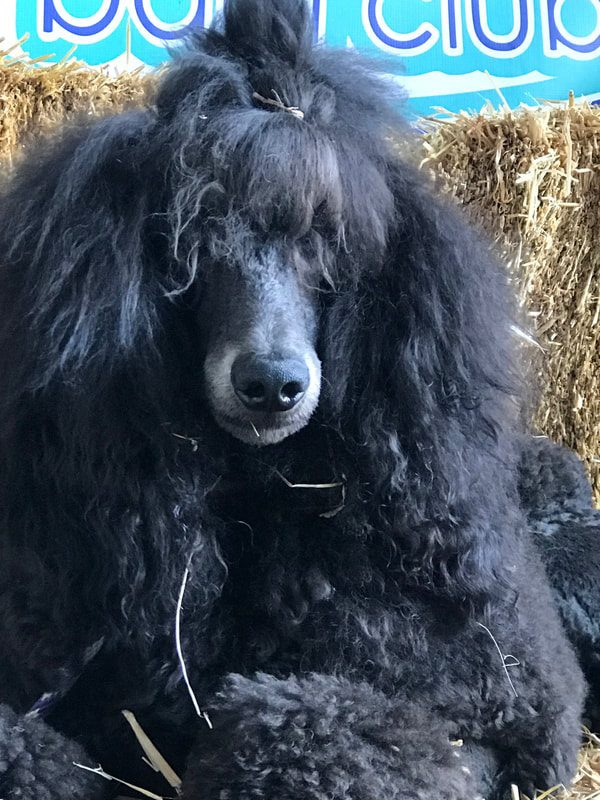 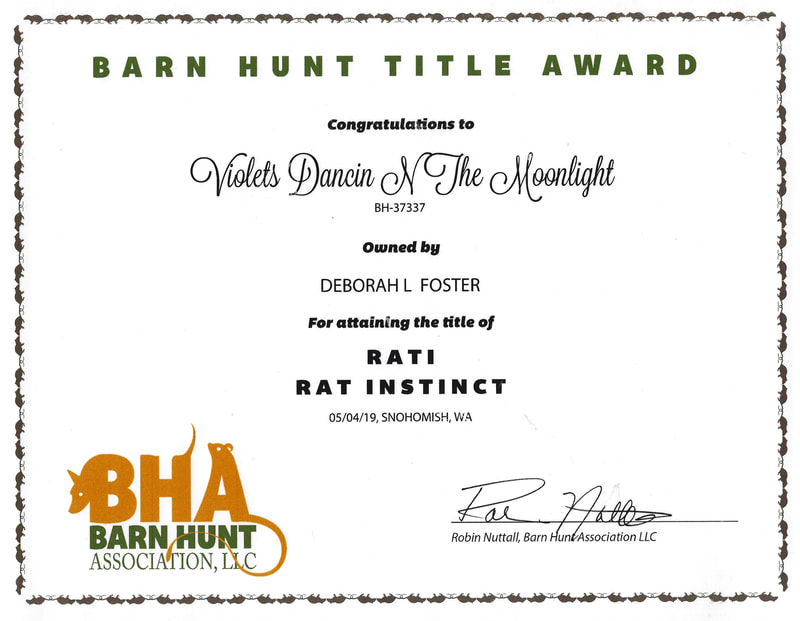